Have a Little Faith: A Story of Two Good Men

Have a Little Faith, an original Hallmark Hall of Fame telefilm, airs on ABC on Sunday, November 27, at 9 p.m. It is based on the best-selling non-fiction book of the same name by Jewish, Detroit newspaper columnist Mitch Albom, 53 (Tuesdays with Morrie).

In 2000, Rabbi Albert L. Lewis (1917-2008), a highly respected and beloved Conservative New Jersey rabbi who was also Albom’s childhood rabbi, asked Albom to deliver his eulogy. This surprising request lead Albom to try to get to know the rabbi and his faith better so he would be worthy of delivering the eulogy.

Meanwhile, back in Detroit, Albom got to know Reverend Henry Covington, an African American pastor and a reformed convict, who preaches to and helps the poor in a broken-down church building.

In the words of the publicity release for the book:

“Moving between their worlds, Christian and Jewish, African-American and white, impoverished and well-to-do, Mitch observes how these very different men employ faith similarly in fighting for survival: the older, suburban rabbi, embracing it as death approaches; the younger, inner-city pastor relying on it to keep himself and his church afloat.”

Albom wrote the screenplay andthe director is Jon Avnet, 61. Avnet, who is Jewish, is best known for directing Fried Green Tomatoes and the excellent 2001 TV film, Uprising,” about the 1943 Warsaw Ghetto revolt which saw Jews take up arms and fight the Nazis.

Albom’s book, it should be noted, inspired him to create the interfaith “A Hole in the Roof Foundation.” The name of the foundation originates from the fact that Reverend Covington’s church (called the “I am My Brother’s Keeper” church)had a large hole in its roof.

“A Hole in the Roof Foundation raises and distributes funds to help pay for the materials and labor that are needed to help faith groups make such repairs to their most essential infrastructure: replacing broken windows; shoring up load-bearing walls or loose foundations; repairing leaks and other plumbing problems; fixing or replacing heating sources. Their first project was the I Am My Brother’s Keeper roof in the crumbling but vibrant Detroit church, completed in December 2009.

Both Steven Spielberg and Michael Landon (who was of interfaith background) attended Rabbi Lewis’s synagogue as children. I discussed Landon (Bonanza, Little House on the Prairie) in a previous column for InterfaithFamily.com.

Recently, I came across an excellent piece (published last summer, on the 20th anniversary of Landon’s death) about his Jewish background and the interfaith (Jewish/Christian) romance episodes on Little House on the Prairie. Well worth reading.

Also worthy of note: Landon had his bar mitzvah at Temple Beth Sholom, whose founding rabbi was Albert L. Lewis, and Lewis presided over Landon’s bar mitzvah. Lewis had a reputation as a caring, inclusive rabbi and over time he grew his congregation from 90 families to 1000.

I suspect the rabbi’s embrace of Landon was an important reason for why Landon identified as Jewish his whole life.

The situation could have been far different. Landon, whose original name was Eugene Orowitz, suffered from a lot of petty anti-Semitic harassment in his small New Jersey hometown. It would have been sadly ironic if the nearest synagogue to his hometown also hurt him by turning him away because his mother was not Jewish.

Such things have happened to other children of interfaith background. But Rabbi Lewis was a “mensch” who didn’t allow the young Landon to be hurt twice. It’s pretty cool that this rabbi is being celebrated in a new film.

Holiday Fare for the Family

When the box-office tallies for movies opening Thanksgiving week come out later this week, I suspect that the new Muppets movie, called The Muppets, will be the clear winner. The film, which opens Wednesday, November 23, seems like it has all the ingredients to entertain everybody.

The movie, of course, features the famous puppet characters created by the late Jim Henson.

Here’s the basic plot: A new puppet, called Walter, is the “world’s greatest muppet fan,” and, while on vacation in Los Angeles, Walter discovers that an evil oilman (Chris Cooper, 60) plans to raze the Muppet Theater and drill for the oil just discovered below the theater. Walter’s friends Gary (Jason Segal, 31) and Mary (Amy Adams, 35) help him round up all the Muppets and stage a telethon to raise the $10 million needed to save the theater.

The film was co-written by Segal and Nicholas Stoller, 35, who is Jewish. Segal and Stoller often team-up on film projects. Stoller directed Segal in the hit film, Forgetting Sarah Marshall, which Segal wrote. In 2009, Stoller wrote and directed Get Him to the Greek, which featured a character created by Segal.

If this film is a big hit, Segal, who is of interfaith background, will really be a force to be reckoned with as a screenwriter, as well as an actor. He’ll have two big hits under his belt as a film writer.

Of all the interfaith actors I have profiled in this column, I think Segal has been the most eloquent and touching about describing how he was caught between two worlds as a child. Here’s an excerpt from an NPR radio interview I transcribed for a past column:

Question: So, what were some of the other adventurous aspects of being the only Jewish kid at a Catholic [middle] school — Catholic or Christian?

Segel: I think it was Episcopalian. I am not 100 percent sure what the differences are. I’ll tell you what was really weird. Like I said, I felt sort out of place at this school.

Question: Maybe because you were?

Segel: Yes, exactly. You see, my father is Jewish and my mother is Christian, but I was raised Jewish. So, I am at this school and they really don’t like me very much there. And then after Christian school I would in the afternoons walk to Hebrew school and then at Hebrew school they would tell me I was not really Jewish because my mother is Christian. So, all of a sudden I’m like this young kid–I would have been happy to believe whatever–whoever would have been nice to me. You know? But it was this feeling of not really belonging or not really fitting in.

I’ve long known of the many “Jewish connections” in the family life of singer/actor Harry Belafonte, 84. His second wife, dancer Julie Robinson, to whom he was married from 1958-2004, is Jewish. Together, they had a daughter, Gina Belafonte, 50, and a son, David Belafonte, 54.. Gina, a former actress, produced the recent HBO documentary, Sing Your Song, about her father’s role in the Civil Rights movement. Harry is currently married to photographer Pamela Frank, whom I think is Jewish (but I haven’t confirmed this). 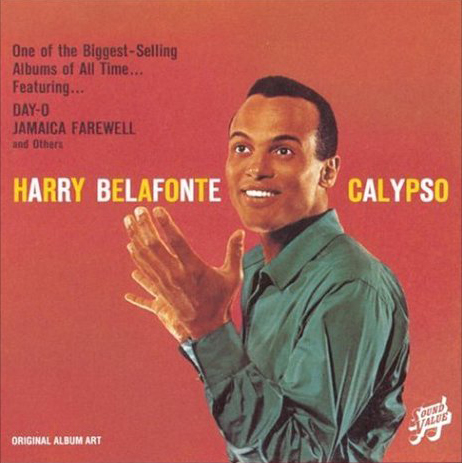 Harry Belafonte’s autobiography, My Song: A Memoir, has just come out. In it, he discloses, for the first time, that both his parents are of mixed race and that he is “one quarter” Jewish, himself.

Harry describes his Jewish grandfather, whom he never met, as, “a white Dutch Jew who drifted over to the islands after chasing gold and diamonds, with no luck at all.”

Harry Belafonte was raised a Catholic, like his mother. His first wife was a devout Catholic.. Belafonte says he fell away from Catholicism at an early age. His second wife, Robinson, was Jewish. He does not mention raising his children in any faith and it seems as though his children with Robinson were raised secular.