I Chose to Be Jewish. This is Why 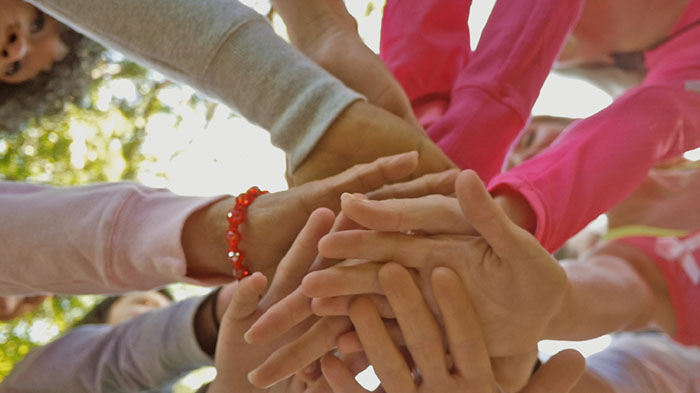 When my family moved to Pittsburgh, my son was 10 weeks old and my husband was entering into a grueling six-year medical residency. Though we’re not Orthodox, he found us an apartment smack dab in the middle of the eruv—a ritual enclosure some Jewish communities use to allow residents to carry certain objects on Shabbat and holidays, which would otherwise be forbidden. He was hoping that by surrounding ourselves with Jews, I would feel supported in living a Jewish life.

Judaism is my chosen faith. While the conversion process was long and intimidating, it is not nearly as intimidating as raising Jewish children in a Jewish home. My husband grew up a secular Jew and his mother has since passed, so there has never been anyone to show me the ways of brisket braising and Hebrew prayers. And while I studied prayer books and cookbooks, blogs, and literature about how to build a Jewish home, I prayed every night that someone would take my hand and show me the way.

Our first week here we attended a family Shabbat service. I sat in the lobby hushing my fussy newborn and I noticed another woman chasing her 18-month-old daughter through the coat racks. She smiled at me and asked if we were new to the area. Turns out her husband was also in medicine and they were Pittsburgh “transplants” as many call it: people who come here for a job—usually away from family and friends—and end up staying because they love the city.

We developed a friendship and her family invited us to Shabbat dinners, Passover seders and birthday parties. Five weeks after our first meeting, she babysat my not-bottle-taking newborn so that I could have a minor surgical procedure. Two years later, she rushed over to my house when I was in labor with our second son, scooped up my toddler, and grabbed a laundry basket like it was her own home, allowing me to focus on getting to the hospital.

My friend was also a convert and I looked up to her greatly. I admired the Jewish art on her walls and her collection of menorahs. I watched her cook, pray, and mother her Jewish children. I was inspired and hopeful that I could execute Judaism just as effortlessly one day.

Mothering unites us as Jewish women.

As a child, I sang almost before I could speak. I truly believe that it was a gift God bestowed upon me to share with the world. As an adult, I remember walking into my first Shabbat service and hearing the music. So beautiful and so… foreign to me. I wanted nothing more than to find familiarity in that sound. The sound of Jewish music.

After living in Pittsburgh for about two years, I met a woman at the park one day. Our children were very close in age and she and I were equally nine months pregnant. We got to talking about life, about ourselves. We were both Jewish and both in a local MOMs club chapter but had never met. She told me in passing that she and her sister sang in an a capella group and I should come sing for them sometime.

I did and was welcomed into this group, Kol Shira, to sing Jewish music alongside nine other Jewish women, each of us differing in our level of observance but all equally Jewish in the eyes of one another. Through a chance meeting at the park, Jewish song became part of my everyday life—learning it, hearing it, and singing for my children.

Song unites us as Jewish women.

When we welcomed my daughter into the Jewish community, Kol Shira filled the chapel with beautiful music in her honor. And when I gave birth to my fourth child two months ago, these same women hosted the most thoughtful brit milah (ritual circumcision). They walked into my living room that morning and let me cry on their shoulder; they hugged my children; they held my baby; and they brought beautiful food and décor, set it up, served it, and cleaned up every last bit, leaving leftovers in the fridge for my family. These Jewish mothers held my hand because they remembered being the one shaking and sobbing on their son’s eighth day of life.

That morning when we welcomed my beautiful boy into the Jewish community, my home was filled with people—only one of them was related to us by blood. My friends, this community of women, took the all too familiar weight of that day off of my shoulders and spread it around each other and I am forever grateful.

Tradition unites us as Jewish women.

A few years ago, we sang at the Chabad Women’s Convention that was held in Pittsburgh. The message of the conference was “sharing your light” by encouraging other women in their own Judaism. When I think of all of the women who have shared their light with me these past six years in Pittsburgh, I am overcome with emotion. Each one gave me little drops of Judaism, and from those drops my cup runs deep. Just by surrounding myself with women who embrace each other and their faith so effortlessly, I’ve become more modest, more generous, more accepting, and more capable. They have inspired me not only to be a better Jewish mother, wife, and teacher, but showed me how I can share my light.

Tamara Reese, MPH, CHES is a stay-at-home Mama and consultant in the field of Maternal and Child Health. She is a contributing editor to Kveller and her work has been published in academic journals, La Leche League USA, Brain, Child Magazine and the Pittsburgh Post-Gazette. Tamara lives in Pittsburgh with her husband, two boys and ginger-baby daughter. Her passions include child injury prevention, gentle parenting, and breastfeeding advocacy. #YouAreAGoodMama