How to Discuss Anti-Semitism with Youths

Q: I am about to have Jewish grandchildren, and I am terrified! Don’t get me wrong; we love our son-in-law. He has brought out the best in our daughter and they make sensible decisions together. We have never had any complaints; in fact, we are looking forward to learning about new holidays and celebrating them with our grandchildren.

However, recent incidents where Neo-Nazi’s chanting “Jews will not 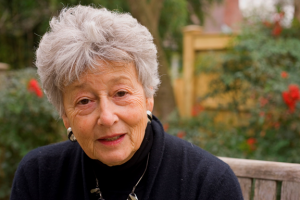 replace us” in Charlottesville have changed my perspective. I now understand that the alt-right is spreading Jewish hatred. We had no idea that along entering into a new community, we were entering a community that lives with fear.

My family immigrated to America from England in the early 1600s because of Protestant persecution during the Catholic Restoration. Since then, we have advocated for religious freedom in America. I have never been conscious of experiencing prejudice on the same scale. I thought that anti-Semitism was a thing of the past: relevant to 1940s Germany, but not present here. Charlottesville has changed my thinking. I was stunned and horrified to see that anti-Semitism is still a relevant force in the United States. I am having nightmares in which the Nazis are coming for me and my grandchildren. The rise of Neo-Nazis has unsettled me. How do you, as a Jew, deal with this? How do I, as a grandparent, explain this to my grandchildren?

A: First, b’sha’ah tovah, which means “may the birth happen at a good time,” which is the traditional Jewish greeting when you announce a pregnancy, in recognition of the fact that the fate of the pregnancy is not in our hands alone.

Second, I want to thank you and your ancestors for working to support religious freedom. It is indeed a gift that we cannot take for granted—one which we now realize must be continually guarded and protected.

Third, I want to welcome you as a friend of the Jewish people and to thank you for being excited and willing to help bring up Jewish grandchildren. I hope you will find much that is interesting and intellectually challenging as you come to know the the meaning in our holidays and customs. It is not easy to join a minority, or take up the causes which threaten its people.

You may be surprised by this recent anti-Semitic phenomenon, but Jews have dealt with these realities as a part of our identity throughout history. In 605 BCE, the Babylonians sent our people into exile. Then, early Christian preachers promoted an interpretation of the New Testament (Matthew 27:24-25) to imply Jews killed Christ, which has led historically to misunderstanding and calls to violence. After 300 years of prosperity and intellectual flowering in Spain, the Spanish monarchy established an Inquisition, which killed and expelled Jews. Similarly, after a period of relative freedom in Germany and Eastern Europe, the Jews were systematically killed during the Holocaust.

We know our history, and we have lived under this threat for centuries—whether or not it has always been as apparent as it is now, to others. We know the fragility of life and of status—it vacillates.

There are strategies for dealing with the reality of discrimination as we try to change it. Much like Black parents must warn their children that policeman might assume they are guilty of one thing or another because of the color of their skin, Jews and those affiliated with the Jews must fortify their children by teaching them their history and the nature of scapegoating; whether it be against Jews or others.

I remember when I was young, and my father told me about how children used to throw stones at him, and call him “a dirty Jew.” I asked how he felt, how he was able to put up with this abuse without being moved to violence or anger? He said: “I knew I wasn’t the problem.”

You remember that your forebears were once persecuted, and out of this came your family’s commitment to protecting religious freedom. Anti-Semitism is not new: what has changed is your recognition of it. Recently, the fact that its voice has become louder in our society has made the uncertainty more apparent; anti-Semitism has been present in America for a long time, recently as the 1940s and 1950s when there were zoning restrictions on where Jews could live and what clubs and businesses they could join. In current times, instead of allowing fear to move you to inaction, use your awareness to act and to protect freedoms.

Jews are commanded every year at Passover to remember that they were once slaves in Egypt, and that they must work toward freedom for others, because we know that freedom is not always assured. Our resolve is strengthened.

If you give your grandchildren a sense of pride in their identity, they will be less likely to be intimidated, and more likely to understand those who express hatred as limited by their unwillingness to understand religious perspective, and their desire to hate for the sake of blaming what they do not understand.

Your grandchildren will know that they are not sinners, nor Christ-killers, nor any other terms used against them, if you teach them what they are, and how to understand those around them. The same small-minded fear that motivates bigotry and anti-Semitism must be guarded against in all people—it is important to share your family’s religious understanding with your grandchild, as well as encouraging them to explore their own perspective.

Like many Jews, you are shaken; and I cannot promise that your action alone will immediately change what is frightening. But this is a step in the right direction. If we are vigilant against all kinds of prejudice (because we know that prejudice against one group eventually was morphs into prejudice against many) we stand a better chance of maintaining our civility. We resist those who hate. All of us must work together to assure the fragile, but incredibly important ideal of E pluribus unum.

This post originally appeared on The American Israelite and is reprinted with permission.