Hollywood Now: The Fault in Our Stars, Orange is the New Black & More 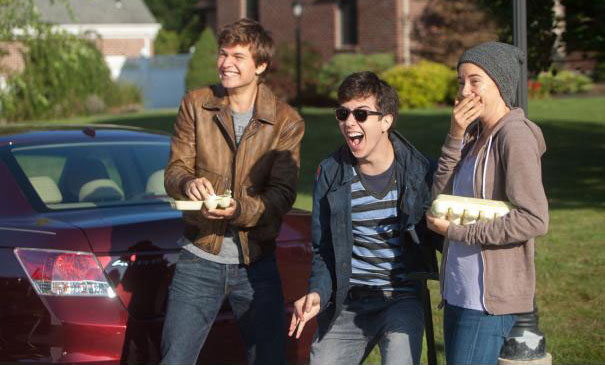 The Fault in Our Stars, the new tearjerker based on the John Green bestseller with Shailene Woodley and Ansel Elgort as teens that meet at a cancer support group, features two interfaith actors. Elgort is Russian-Jewish on his father’s side and Norwegian, English and German on his mother’s. His maternal grandmother was in the Norwegian resistance during World War II and saved Jewish children by spiriting them to safety in Sweden—and was sent to a concentration camp for doing so. Fault also stars Nat Wolff as the couple’s mutual friend. Now 19, and with recent credits including Admission and Palo Alto, Wolff is also a musician and gained fame in childhood (with his younger brother Alex) as one-half of The Naked Brothers Band. He starred in a Nickelodeon TV series of the same name from 2007 to 2009. Wolff, the son of Jewish musician Michael Wolff and actress Polly Draper, who isn’t Jewish, was brought up with respect for Jewish traditions. Fault hits theaters June 6, and he’ll next star in Behaving Badly, a comedy about a guy with a familiar teenage problem: He has a crush on a girl (Selena Gomez), who alas, already has a boyfriend.

Agents of S.H.I.E.L.D. star Clark Gregg wrote, directed, and stars as a struggling kid-actor talent agent in the new comedy-drama Trust Me, which opens June 6. Gregg, also known for the Avengers movie franchise and TV’s The New Adventures of Old Christine, married Jewish actress Jennifer Grey (Dirty Dancing) in July 2001 in an interfaith ceremony. They have one daughter, Stella, now 12.

USA’s Royal Pains, about a concierge medical practice catering to the rich in the tony Hamptons of Long Island, returns for its sixth season June 10. The series stars Mark Feuerstein, who is Jewish, and Paulo Costanzo as the Jewish Lawson brothers. Italian Catholic on his father’s side, Costanzo has Jewish roots on his mother’s, and grew up celebrating both Hanukkah and Christmas. They’re not the only Jewish cast members. Ben Shenkman co-stars as the practice “HankMed” Doctor Jeremiah Sacani and Henry Winkler plays the Lawsons’ father in a recurring role. 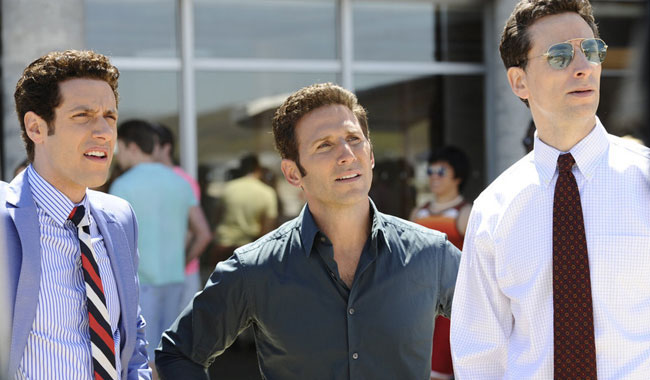 Creator of the hit series Orange is the New Black, which returns to Netflix for its second season June 6, Jenji Kohan is Jewish and her husband, writer Christopher Noxon, is not. Her three children go to a Jewish school, where several mothers she has met are Israeli. They’ve inspired both a character on her previous series Weeds (Yael Hoffman, played by Meital Dohan) and Orange is the New Black’s Lorna Morello, played by Yael Stone.