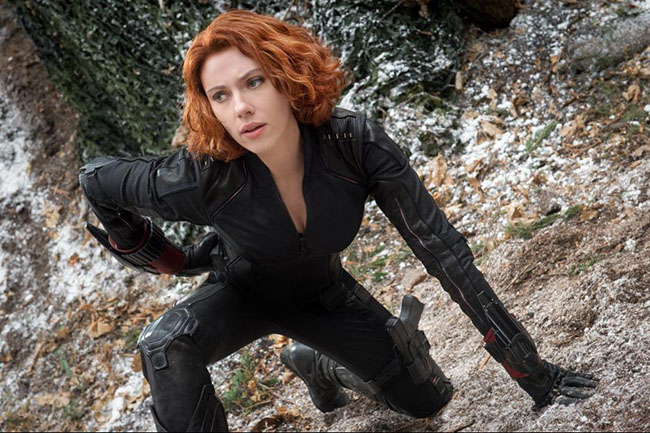 In Age of Ultron, opening May 1, Scarlett Johansson returns for her fourth film as Natasha Romanoff/Black Widow, joining the Avengers crew to save the world from a megalomaniac android. Johansson, who is Jewish on her mother’s side, married art curator Romain Dauriac, not Jewish, last October, a month after giving birth to her daughter Rose Dorothy. 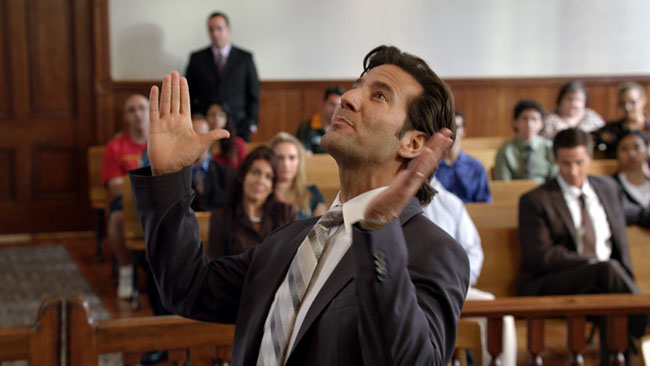 Among the films at the Los Angeles Jewish Film Festival, which runs April 30-May 7, is thought-provoking dramedy Frank vs. God, in which a man (Henry Ian Cusick, Lost) whose house is destroyed by a tornado, sues God for damages in court, and develops an interfaith relationship with his Jewish lawyer (Ever Carradine). The film plays May 2, if you’re in the area, and will get a wider release in September. 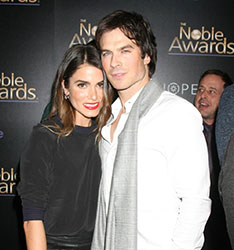 Nikki Reed (Twilight) and Ian Somerhalder (The Vampire Diaries) were married on April 26 in an outdoor wedding in Malibu, California. Reed, whose is Jewish on her dad’s side but was not raised religious, began dating her new husband, who is not Jewish, last year.

Celeb interior designer Nate Berkus, who is Jewish and Jeremiah Brent (who is not) married last May, and have welcomed a daughter born via a surrogate. Poppy Brent-Berkus was born March 23.

2 Broke Girls star Kat Dennings, who is Jewish, is dating singer Josh Groban, who has Jewish roots. His father, whose forbears were Polish and Russian Jews, converted to the Episcopalian faith when he married Groban’s mother, who has one Jewish grandfather.

Jewish actor Nick Kroll, who stars in the comedy Adult Beginners as a struggling guy who becomes a ‘manny’ to his 3-year-old nephew, is in an interfaith relationship with actress Amy Poehler.