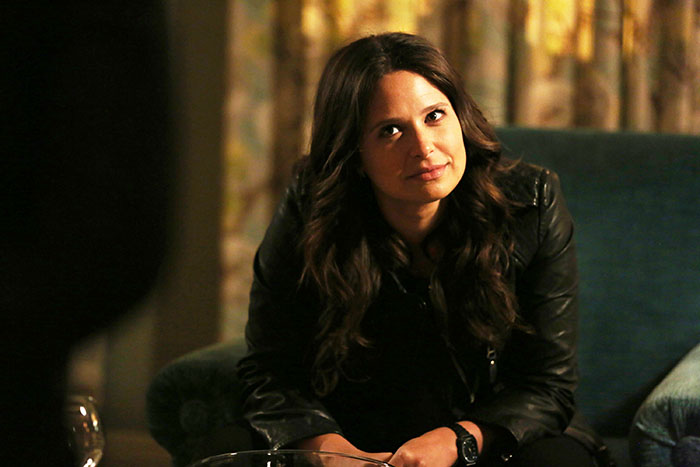 Katie Lowes on Her Interfaith Marriage

Fans of Scandal know Katie Lowes as Quinn Perkins, Olivia Pope’s (Kerry Washington) fierce gladiator, but may not know that she’s the product of an interfaith marriage and in one herself.

“My mother is Jewish my father is Irish-Catholic. We were not religious at all, but we had a lot of everything in my household and I really responded. We had a Christmas tree and a menorah and I loved it,” remembers Lowes, who married actor/director Adam Shapiro, who is Jewish, in June 2013.

“Adam was raised religiously, he has a beautiful relationship with Judaism,” Lowes says of her husband, whose credits include Steve Jobs, Sense8, Grey’s Anatomy, Grace & Frankie (as a rabbi) and Scandal—he played Lowes’ late boyfriend in a flashback. Their wedding “was amazing. We included traditions from all faiths—Irish stuff, Catholic stuff, Jewish stuff. We like to make everything inclusive,” Lowes says.

While it was “never an issue,” Lowes and Shapiro did discuss interfaith matters before marrying. “We talked a lot about traditions he loved when he was growing up that he would want his children to practice, and I talked about traditions that I was raised with. I love Christmas and Easter and he loves Passover and Hanukkah. We do everything, anything that’s fun,” she says.

The couple doesn’t have children yet, “But when we do, they’ll partake in it all,” Lowes says. She and her husband have become licensed ministers and have officiated at the weddings of friends and family, including Lowes’ brother’s ceremony. “A lot of couples we’ve officiated for have different faiths and traditions so we’ve learned about and included that,” she notes.

Scandal, which returns to ABC February 11 with an episode set several months after it left off in November, will “show how everyone has handled the decisions they made when you last saw us,” Lowes says. “Quinn is kicking ass and taking names. We’ve seen her grow up a lot and grow into her own and be the woman that she is and you’re going to see that even more in the back end of the season.” 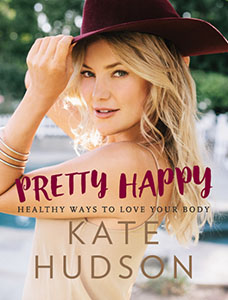 It’s a busy time for Kate Hudson, who voices Mei Mei the panda in Kung Fu Panda 3 (out January 29), has a hot fitness wear line, Fabletics and will publish a lifestyle guide called Pretty Happy: Healthy Ways to Love Your Body on February 16. Hudson, whose mother Goldie Hawn was raised Jewish but practices Buddhism and father, Bill Hudson, was Catholic, considers herself Jewish by principle but Buddhist in practice.

Jamie-Lynn Sigler (The Sopranos), who is Jewish (her Catholic-born mother converted to Judaism when she married her Jewish father) wed baseball player Cutter Dykstra, who is from a different faith background, on January 16. Sigler, 34, recently revealed that she has been battling multiple sclerosis since she was 20. 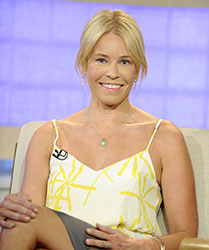 Chelsea Handler, whose late mother was Mormon before she converted to Judaism and married her Jewish father, has a new documentary series called Chelsea Does, now streaming on Netflix. The four episodes examine marriage, racism, drugs and the tech world of Silicon Valley in Handler’s typically irreverent, unfiltered style. Handler is also planning a return to the talk show realm: She’ll launch a new show, also for Netflix, in May.