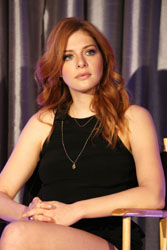 When last summer’s hit drama Under the Dome returns to CBS June 30, viewers will see the butt-kicking side of reporter Julia Shumway. “Julia springs into action a lot more,” says actor Rachelle Lefevre. “The role is physically demanding, which is great. I get to knock somebody out, blow something up. I normally work out but I’ve definitely had to stay fit this season because I need the physical strength. It’s a more strenuous role now, which I love.” Known for her trademark mane of red hair, Lefevre confides that she wasn’t always happy with her looks. “I had that predictable awkward thing. My mom’s side of the family is Jewish so I got the frizzy Jew-fro hair. I’m Irish on my dad’s side, where I got the pale skin and freckles.” She also had to wear orthodontia—braces on her teeth and headgear. “It was pretty awkward, but character building.”

Lefevre was “raised in a non-denominational household—a little bit of everything. My father calls it ‘student of the world,’” she says. “I went to everything just to experience it all. I definitely identify with being Jewish ’cause my mother is. My father’s a teacher so his idea of anything was always ‘get all the facts, learn as much as you can and decide for yourself.’”

Following the conventions of romantic comedy and parodying them at the same time, They Came Together stars Paul Rudd and Amy Poehler as an interfaith couple—Jewish Rudd plays Jewish Joel in the movie, out June 27. The cast also includes Ed Helms, Cobie Smulders, and New Girl’s Max Greenfield as Rudd’s younger brother. 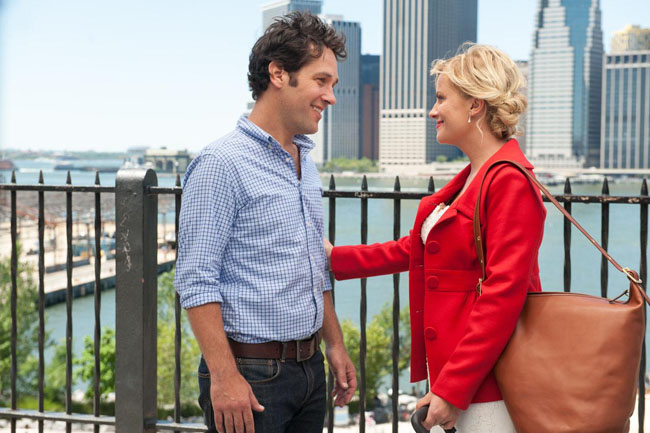 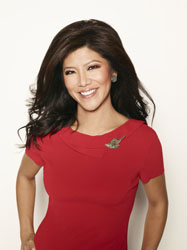 Greenfield, who is Jewish (he had a Saturday Night Live-themed bar mitzvah!), is in an interfaith marriage with casting director Tess Sanchez, and they have a daughter, Lily. The family celebrates Christmas and Hannukah.

Every summer, Julie Chen’s workload doubles: Besides co-hosting The Talk every weekday, beginning June 24 she hosts the reality show Big Brother, both on CBS. “The good news is that they’re on the same lot so I can go from one to the other,” says Chinese-American Chen, who is married to CBS President Leslie Moonves, who is Jewish. Their son Charlie is 4-and-a-half, and sees his Jewish grandparents often. He’s getting a multicultural and religious upbringing, but one thing is certain: “Charlie will get a bar mitzvah,” says his mom. 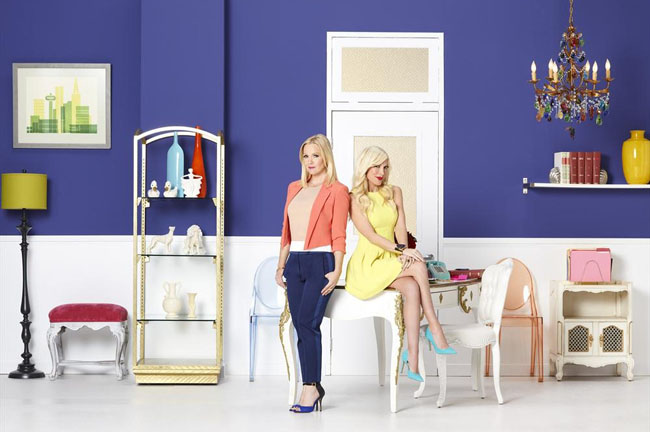 Beverly Hills 90210 stars Tori Spelling and Jennie Garth are teaming up again, producing and starring in the ABC Family comedy Mystery Girls, premiering June 24. The pair play the former stars of a ’90s detective TV show—Spelling’s Holly is a glamour girl trying to hold onto her fame and convinces Garth’s Charlie, now a suburban wife and mother, to come out of retirement and join her in solving real-life crimes. What will probably be a relief to fans, this show is decidedly lighter fare than the wrenching True Tori, which chronicled her imploding marriage. Surprisingly, the Jewish Spelling is—so far—remaining intermarried to her husband (and father of their four kids) Dean McDermott, despite his infidelity. 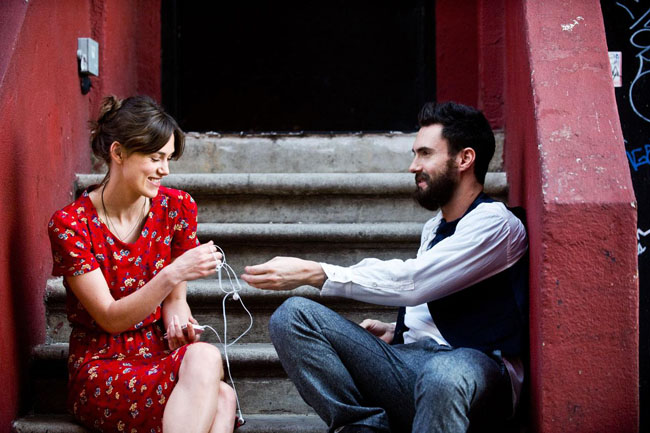 The Voice mentor and Maroon 5 frontman Adam Levine hits the big screen in Begin Again in a role that seems tailor-made for him: He plays a singer-songwriter who gets a record deal and becomes famous, but gets caught up in the playboy lifestyle and dumps his girlfriend (Keira Knightley). The Jewish Levine, previously known as a serial dater of beautiful models and actresses, has now settled into interfaith monogamy with model Behati Prinsloo. They’ll reportedly wed in Mexico on July 19. Begin Again, the soundtrack of which features songs from Levine and CeeLo Green, who co-stars, will be released in New York and Los Angeles June 27, then expand to more cities July 2 and 11. The new season of The Voice on which Levine is a judge begins September 22 on NBC. 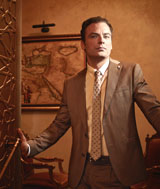 Justin Kirk, who is Jewish on his mother’s side, and “didn’t grow up with any Judaism,” is nonetheless excited about shooting his new FX series Tyrant in Israel—Tel Aviv stands in for a fictional Middle Eastern nation where political and familial turmoil drive the story.