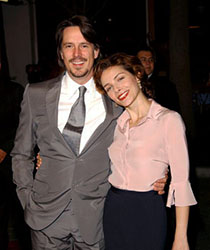 This year’s Academy Awards weren’t just a celebration of Oscar-worthy films and performances. The telecast also celebrated a few real-life interfaith relationships, even if you weren’t aware of it. You may have heard The Big Short’s co-winner for Best Adapted Screenplay, Charles Randolph say something in Hebrew during his acceptance speech. He said, “Ani ohev otach,” which means “I love you,” and it was directed toward his Jewish wife Mili Avital, an Israeli actress whose credits include Stargate, Hatufim (Prisoners of War)—the Israeli series that inspired Homeland—and most recently Law & Order: SVU last year. 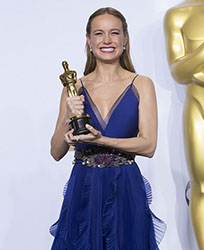 As she did when she won the Golden Globe earlier this year, Best Actress winner Brie Larson, who is not Jewish, acknowledged her handsome boyfriend Alex Greenwald when she accepted her award for Room. Greenwald, who is Jewish, is an actor (Donnie Darko) and musician—he was the lead singer in Phantom Planet, and is now a composer and producer.

More in demand now that she won the Oscar, Globe, SAG, Independent Spirit Award and loads of other accolades, the former child star has a pretty busy schedule, with several completed films and one in production, the blockbuster remake Kong: Skull Island, due for release in March 2017. 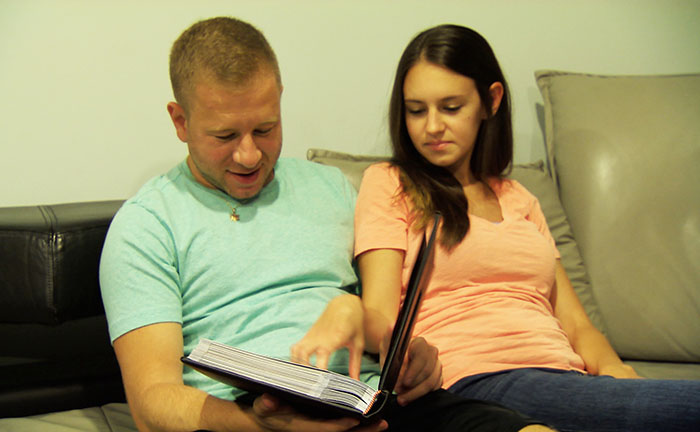 What happens when you’ve found the love of your life and you want to get married, but your family does not approve of the union? That’s the premise of the new FYI docuseries Bride & Prejudice, which follows three couples from different U.S. cities—one gay, one biracial and one interfaith—as they deal with this difficult predicament. Baltimore bartender Eugene, who is Jewish, and Christian nursing student Samantha have been together for over a year and have an infant son, but his family strongly objects to his decision to marry outside the Jewish faith. The situation plays out over six Tuesday night episodes, beginning with a two-hour premiere on March 15 at 9 p.m. ET/PT.