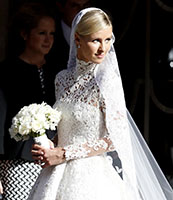 Hotel heiress Nicky Hilton married into one of the oldest—and richest—Jewish interfaith families in the world when she wed billionaire banking family heir James Rothschild on July 10 on the grounds of Kensington Palace in London. Hilton, who was raised Catholic and whose 2004 three-month marriage was annulled, became engaged last August to Rothschild, whose Jewish ancestry goes back centuries on his father’s side, and whose mother is not Jewish. His late father, Amschel, was named for patriarch Mayer Amschel Rothschild, who established the banking concern in 1760. The family’s level of Jewish observance is reportedly low, and the couple had a decidedly non-kosher wedding menu including crab and lobster. Paris Hilton was her sister’s Maid of Honor, and Nicky has taken her husband’s name.

Pretty much out of the spotlight raising her son Aleph for the past four years, Jewish actress Natalie Portman, who married French choreographer Benjamin Millepied (not born Jewish, but he has reportedly converted) in 2012, is getting back in front of the camera and behind it with several new projects. She’ll play a frontierswoman in the western Jane Got a Gun, which she also produced, and she’ll make her directorial debut with A Tale of Love and Darkness, based on Israeli author Amos Oz’s autobiographical novel about his relationship with his mother Fania, set during Israel’s fight for independence. Portman plays Fania and wrote the screenplay, in Hebrew, and shot it in Israel last year. There is no release date set, but it we expect it to be released soon.

A fierce supporter of her native country, she knows Israel is a hot-button topic. “Everyone wants to have a 10-hour political conversation. Everyone has a very strong, very passionate opinion about it. But I’m grateful for it,” she told Harper’s Bazaar. “I had so many friends who asked, when we were younger, ‘Who am I? What’s my identity?’ I never questioned my identity.”

Portman is also booked to star in the supernatural drama Planetarium, a pair of director Terrence Malick’s movies, Weightless and Knight of Cups, and she’ll reteam with Black Swan director Darren Aronofsky to play the title role in Jackie, about Jackie Kennedy in the aftermath of the JFK assassination. 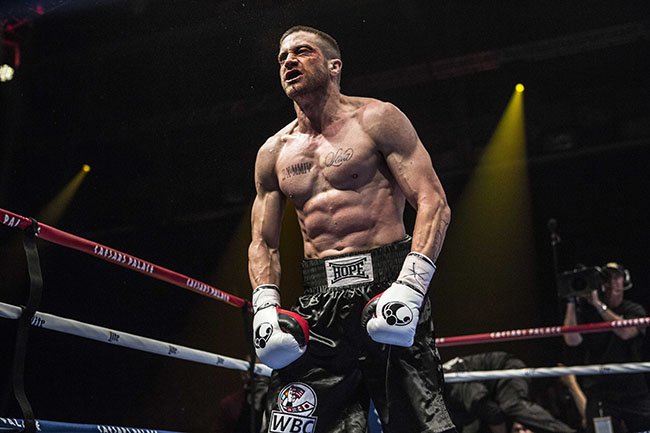 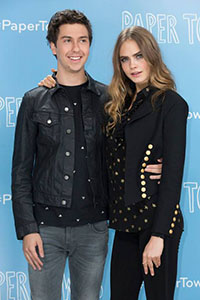 Jake Gyllenhaal, who was raised in his mother’s Jewish faith (his father is Christian, of Swedish heritage), has been transforming himself, literally, for his latest roles. He bulked up to play a widowed heavyweight boxing champ caring for his young daughter in Southpaw, in theaters July 24, and he’ll continue to test his physical stamina in an equally demanding role in Everest, about a May 1996 expedition to the titular mountain where eight climbers lost their lives in a storm. It will be released September 18.

John Green & Nat Wolff Are Back

In his second movie based on a John Green YA bestseller, Nat Wolff (The Fault in Our Stars) has the lead in Paper Towns, a movie about friendship and romance opening July 24. The son of interfaith couple Michael Wolff (a Jewish musician) and Polly Draper (an actress who is not Jewish), the self-identified “culturally Jewish” actor first gained fame as a child, making music with his younger sibling Alex and starring with him in the reality show The Naked Brothers. Nat and Alex collaborated on a tune for the movie’s soundtrack, “Look Outside.”