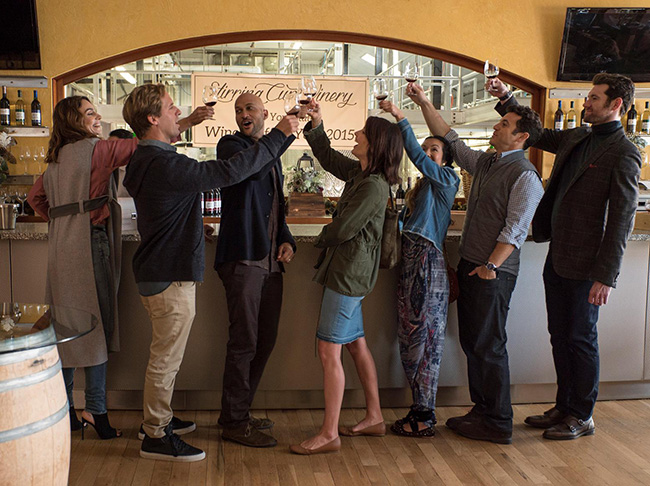 Laugh with your Friends From College

The hilarious new comedy series Friends From College, which premieres on Netflix on July 14, is about a group of friends who went to Harvard together and remained close (in some cases too close) since then. The show has interfaith talent on camera and behind the scenes. The show creators are writer-producer-director Nick Stoller (Forgetting Sarah Marshall, Get Him to the Greek, Neighbors, Storks), who is Jewish, and his wife, writer-producer Francesca Delbanco, who is not. They met at a playwriting workshop for Harvard grads in 2001 and married in 2005 in a Jewish ceremony, and they have two daughters.

The series’ cast includes Keegan-Michael Key, Fred Savage, Cobie Smulders, Annie Parisse, Jae Suh Park and Nat Faxon (Married). Nat is the son of a Christian father and Jewish mother. Exposed to “a combination of both religions” when he was growing up, Faxon “enjoyed it because of the ability to learn about a lot of different things. My parents never pushed me in one direction or the other,” he says. “I didn’t go to temple and I wasn’t bar mitzvahed. But we did celebrate Hanukkah and Passover, and we did Easter and Christmas as well. It was the best of both worlds.” Faxon is in an interfaith marriage himself, and is raising his three children with two traditions. “I’m proud of my heritage on both sides,” he says, and hopes the kids will feel the same. 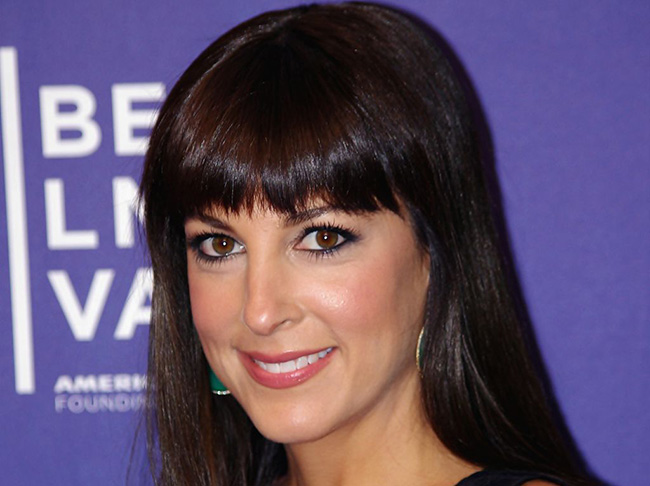 Mazel tov to Lindsay Sloane (Playing House, The Odd Couple) and her husband, talent agent Dar Rollins, on the birth of their second daughter, Pippa Jean. Born May 19, she joins big sister Maxwell, 5. The Jewish actress and her husband, whose mother is Jewish, married in 2004. “He [became a] bar mitzvah, confirmed, the whole thing, but grew up with a father who wasn’t Jewish so they did have a Christmas tree in the house,” says Sloane. “We have a holiday tree, as we call it. But having a kid really brought to light what my religion means to me, and what I want to pass on. And it has made me more adamant about wanting my children to know what being Jewish means, especially around the December holidays,” she says. To Sloane, it’s important to instill “what Hanukkah means, and how fortunate we are that we have our own thing that belongs to us.” 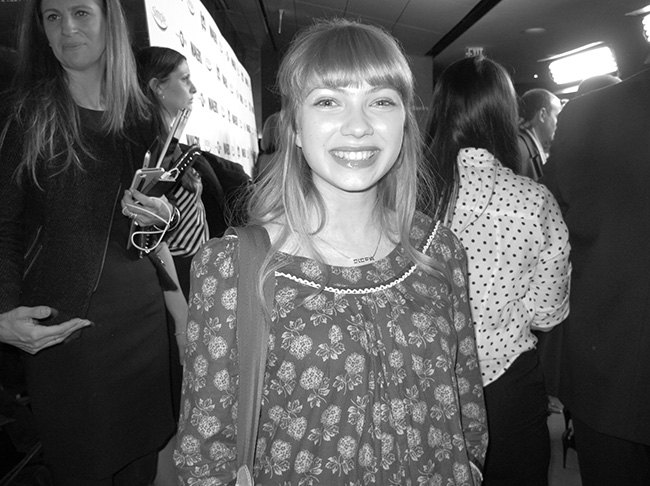 A Day in the Life of Tavi

The independent movie Person to Person, which tells different, sometimes intersecting stories about a day in the life of New Yorkers and their relationships, has a cast including Michael Cera, Michaela Watkins, Abbi Jacobson and writer/blogger (Style Rookie, Rookie Magazine) turned actress (Enough Said) Tavi Gevinson as an intelligent, world-conscious teenager growing apart from her superficial, self-absorbed best friend. Gevinson, 21, is the daughter of a Jewish father from an Orthodox family and a Lutheran mother who converted to Judaism in 2001 and became a part-time Hebrew teacher. Gevinson and her two older sisters were raised Jewish, and Gevinson had a bat mitzvah. She’s a standout in Person to Person, which will open in New York and L.A. and be available on VOD July 28 and expand to more theaters in August.