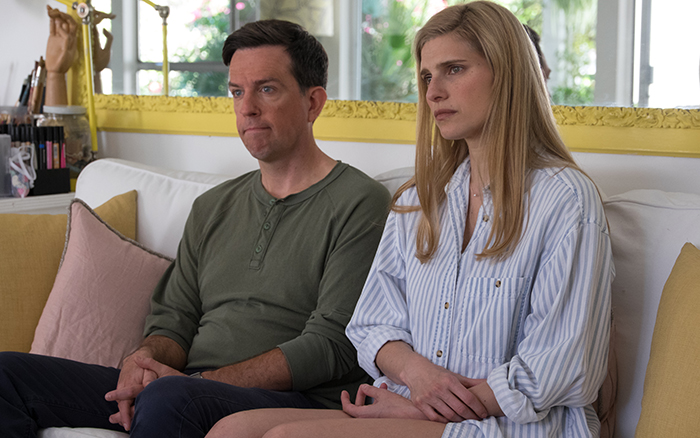 Marriage for Life…or Not

Is the “until death do us part” type of marriage a reality in this day and age? Actress, writer and director Lake Bell explores the topic in her new ensemble comedy I Do…Until I Don’t, opening September 1. It’s about three Florida couples at different matrimonial stages that agree to take part in a documentary about their relationships. Bell and Ed Helms play Alice and Noah, who begin to battle boredom after ten years of togetherness; Amber Heard, who plays Alice’s sister, is in an open marriage, but the construct may no longer be working; and Mary Steenburgen and Paul Reiser portray an older couple facing an empty-nester future. Dolly Wells plays the manipulative filmmaker who is out to prove that marriage for life is outmoded and should be a seven-year contract with an option to renew.

Bell, the daughter of a Jewish father and a Protestant mother, had a jaded view of matrimony before she met tattoo artist Scott Campbell on the set of How to Make it in America. They became engaged soon after, and married in 2013. “I think I secretly hoped that one day someone would change my mind,” Bell says about marriage. “My husband is a quintessential romantic—after nine days of knowing me, he got a humongous tattoo of my name, and after seven months, he wanted to get married. Who does that?!” So far, it’s working out for them: They have two children, Nova, who’ll turn 3 in October, and Ozzi, born in May. 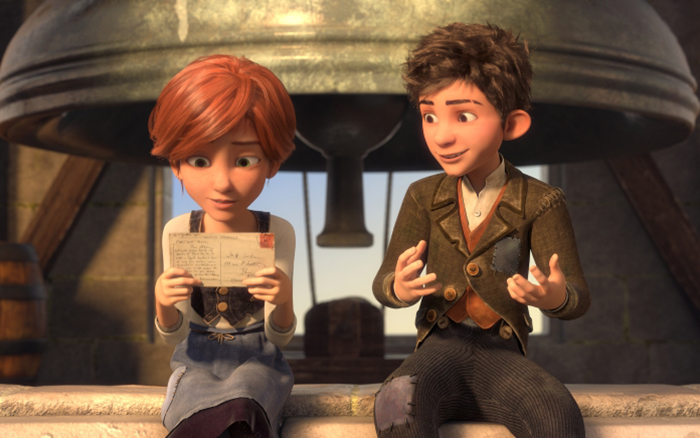 Nat Wolff (Paper Towns, The Fault in Our Stars) has a pair of very different movies both opening on August 25. The actor, who is the son of Jewish musician Michael Wolff and actress-filmmaker Polly Draper, who is not Jewish, has his first animated film role in Leap!, opposite Elle Fanning. He voices a character named Victor who runs away from an orphanage with his friend Félicie (Fanning) to go to Paris and pursue their respective dreams of becoming an inventor and a ballet dancer. Wolff’s other release is the Netflix live action fantasy-horror feature Death Note, in which he plays a student who becomes a criminal-hunting vigilante when he finds a mystical notebook that kills anyone whose name he writes in it.

The ultra-busy Wolff is also in Reese Witherspoon’s romantic comedy Home Again, playing one of a trio of young filmmakers that move in with Reese’s character and her daughters, opening September 8. Looking ahead to 2018, he’ll topline the romantic comedy Rosy, the fantasy adventure Mortal and appear in Stella’s Last Weekend, a bona fide family affair: He stars in it with brother Alex and mom Polly—who directed from her own script.
It’s All About the Babies!

Mazel tov to Nikki Reed (the Twilight movies), who is Jewish on her father’s side, and The Vampire Diaries’ Ian Somerhalder, who is not Jewish. Nikki gave birth to their daughter, Bodhi Soleil on July 25.  Congratulations also to former Sopranos star Jamie-Lynn Sigler and her husband, Cutter Dykstra, who are expecting a little sibling for son Beau, who turns 4 on August 28. Sigler’s Catholic mother converted to Judaism when she married Sigler’s dad, Steve, who is Jewish. Sigler wed Dykstra, who is not Jewish, in January 2016. She’ll be seen in the upcoming Western titled Justice, opening September 15.