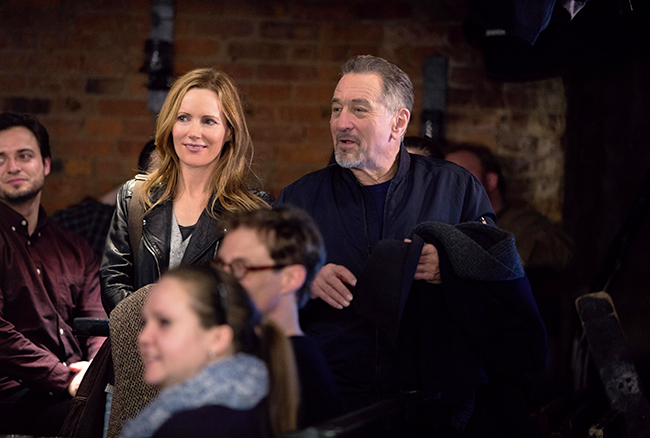 In The Intern, starring Robert DeNiro and Anne Hathaway, the relationship between a senior citizen and his young editor boss was at the heart of the story. Another unlikely May-December bond is the basis of The Comedian, in which DeNiro plays an aging stand-up comic and Leslie Mann, the young woman he befriends. Mann (Knocked Up, Funny People, This is 40), is in an interfaith marriage to Jewish producer-director Judd Apatow, with whom she has two daughters. The Comedian is in theaters February 3. 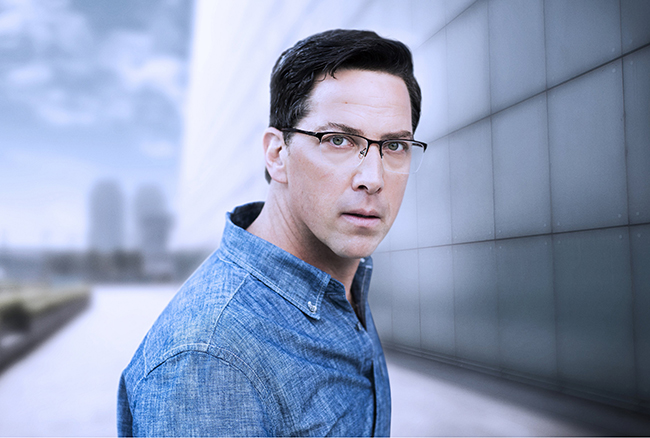 “There are a lot of things that people will recognize. The boxes, sound effects, the ticking clock–so much that we loved about the original have remained the same,” says Dan Bucatinsky, who plays Counter Terrorism Unit computer analyst Andy Shalowitz in 24: Legacy, Fox’s reboot of 24. Instead of Kiefer Sutherland’s Jack Bauer having a very bad day in the spy game, the new series focuses on homegrown terrorism and a plot to kill Army Rangers who took out a high-profile target.

Bucatinksy, an Emmy award winner for his guest role on Scandal, with credits that include Grey’s Anatomy, Marry Me, the Gilmore Girls revival and collaborations with Lisa Kudrow on Web Therapy, The Comeback and the genealogy series Who Do You Think You Are? is Jewish and so is his character. His parents, of Russian and Polish descent, were born in Argentina, met in a Zionist youth group there and moved to New York in the 1960s. While not religious, Bucatinsky considers himself spiritual, with a strong connection to rituals and prayers and “the history of who we are and how our experiences are made up of experiences that existed before us.”

Married to writer-director Don Roos, a “lapsed Catholic” with whom he has an adopted son and daughter, Bucatinsky is raising his kids with Jewish traditions. “We celebrate Passover every year and light the Hanukkah candles. I’ve mastered the art of making gluten-free latkes and I make them every year for Hanukkah. I take my kids to Rosh Hashanah services. We celebrate Christmas too but Don has no interest in exposing them to anything religious from his upbringing,” he says.

So far, the children have not attended Hebrew school and will not become bar and bat mitzvah. “I think if I had married a Jewish man there would have been no question. That’s the one area about being in a mixed marriage that is much more of a negotiation than I had planned,” he confides, though he notes, “My sister had a bat mitzvah in her thirties and I love the idea of it coming from a real interest and a quest for knowledge when the person wants it.”

Bucatinsky, who penned the best-seller Does this Baby Make Me Look Straight? which includes a chapter about taking his kids to synagogue, hopes to write a new book-possibly a volume of gourmet latke recipes. He and Lisa Kudrow plan to produce a film Roos wrote and have a new season of Who Do You Think You Are? in the works. 24: Legacy premieres February 5 on Fox. 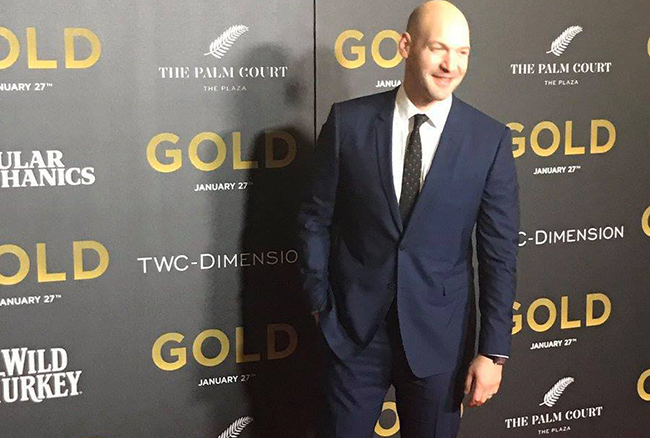 There has been a lot of talk about Matthew McConaughey’s performance as a prospector hoping to strike it rich in the Indonesian jungle in Gold. He underwent a dramatic physical transformation for the role as well. The handsome star got fat, bald and snaggle-toothed for the 1980s set drama, based on a true story. But Gold, opening January 27, also has a stellar supporting cast that includes Bryce Dallas Howard, Edgar Ramirez and Corey Stoll as an investment banker. Stoll, known for The Strain, House of Cards and Girls on TV and such films as Ant-Man, Black Mass and Café Society, is in an interfaith marriage. The Jewish actor married actress Nadia Bowers in June 2015 and welcomed a son in November of that year. Stoll will next be seen in a new screen adaption of Anton Chekhov’s The Seagull as writer Boris Trigorin. 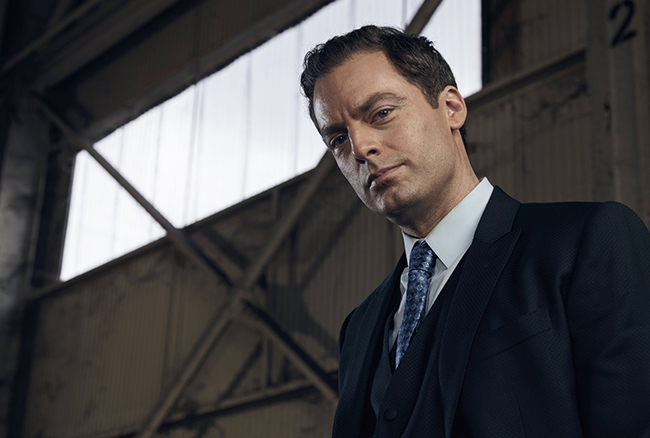 Justin Kirk (Weeds, Tyrant), who is Jewish on his mother’s side, stars in the crime series APB as a billionaire who privatizes a Chicago police precinct to restore law and order and avenge the murder of a friend. The series premieres on Fox February 6.