Hollywood Now: Interfaith Stars and How They Raise Their Kids 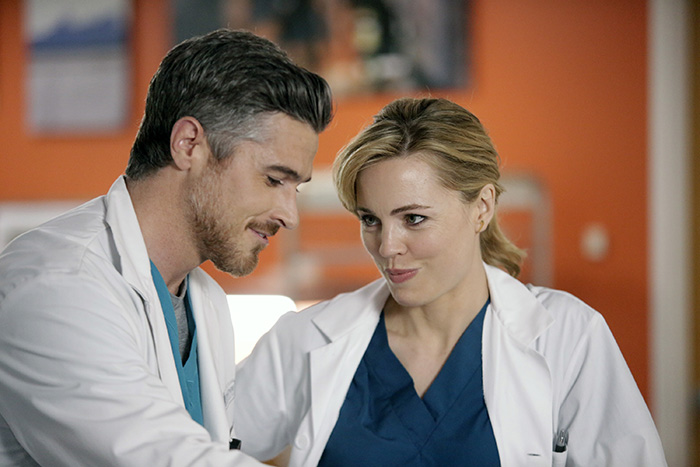 Dave Annable, who last played a doctor in Red Band Society, dons hospital scrubs again in the new NBC medical series Heartbeat, about the work and personal life of a cardiothoracic surgeon (Melissa George). Annable plays her “earnest, sensitive, good guy” boyfriend in the series, which premieres March 22. But his favorite new role is father. He and his wife Odette Annable (The Astronauts Wives Club) gave birth to daughter Charlie Mae in September. 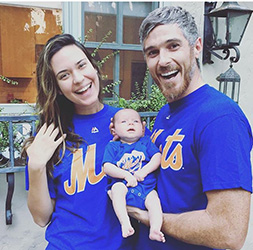 “It’s the best thing I’ve ever done and the best job I’ll ever have. It’s hard as hell but it’s the most rewarding thing,” Annable says. “I had no idea how much I was going to love that little girl. Every day is a gift.” Dave Annable, whose mother is Jewish and father is Christian, was raised with both religions though he identifies more as Jewish today. He is in an interfaith marriage with Odette.

In raising Charlie, he says, “I think we’re both on the same page. I was fortunate in my life to be exposed to both and make my own decision and I think that’s what we’ll do. We’ll celebrate both. We’ll light the menorah and celebrate all the Jewish holidays but we’ll have a Christmas tree. And let her make her own decision. That kid will get a lot of presents,” Annable says. “She’s so cute, I’ll give her the world. I’m already wrapped around her finger. The word ‘no’ is already gone from my vocabulary.” 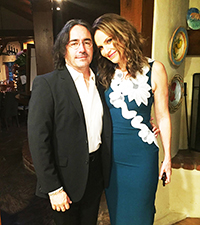 There’s interfaith talent behind the scenes in Heartbeat—a medical drama that debuts March 23—as well. Actress Amy Brenneman (Reign, The Leftovers) and her husband, director-producer Brad Silberling (Jane the Virgin, City of Angels, A Series of Unfortunate Events), are executive producers on the series and are both the products of interfaith backgrounds. Says Brenneman, “His father’s Jewish, my mother’s Jewish but my mother grew up without religion and joined a Congregational church when she was 30 with my dad. So I wasn’t raised with Judaism at all and had no awareness of it. His mother’s not Jewish but converted to Judaism.”

Silberling says, “My mother converted right before she got married to please my [paternal] grandfather. My father grew up in the most loosely Reform home, they were High Holiday Jews,” noting that his travel agent mom became quite “steeped in the culture” and made many trips to Israel. That “brought us into a more engaged life. I went to a Reform temple, had a relationship with that rabbi. It was great. I was not [a] bar mitzvah but had a confirmation class when I was 15. I’ve been to Israel three times.”

The couple is exposing their daughter, Charlotte, and son, Bodhi, to a variety of religious traditions. “We go to an Episcopal church in Pasadena, and a rabbi is my spiritual advisor. Charlotte went to [Jewish] camp Ramah last summer. Bodhi’s name means ‘enlightened,’” Brenneman shares. “[It’s important] to have God; something bigger than you.”

“I think it’s about putting it in front of them and mak[ing] sure they have some sort of spiritual life,” adds Silberling, “showing them that there is a God and there’s service to be done beyond yourself and perhaps they can find that humanity in one of these congregations or maybe a couple of them.”

The CBS special Faith, Spirituality & The Future will examine the evolving state of organized religion in America, belief in God, the rise of non-affiliated spirituality and practices like meditation. It will air on April 3 and will subsequently be available at www.cbsnews.com/religion-and-culture.