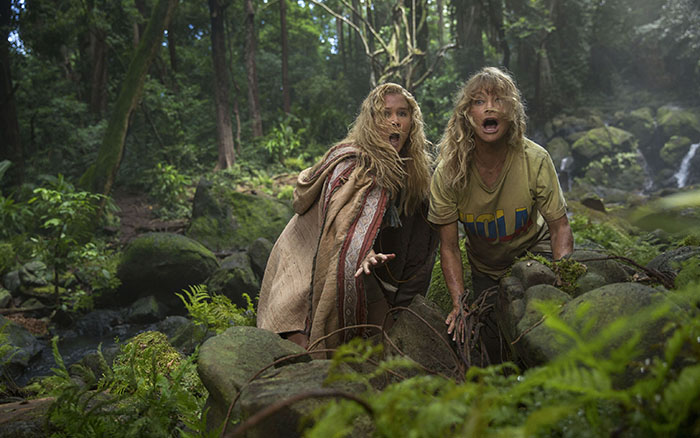 For the first time in 15 years, Goldie Hawn returns to the big screen to play Amy Schumer’s mom in the comedy Snatched, opening May 12. Hawn and Schumer’s mother-daughter trip to South America goes awry when the pair is kidnapped. Hawn was raised in her Hungarian-Jewish mother’s faith (her father was Presbyterian), but considers herself more spiritual than religious. She has been in a relationship with Kurt Russell, who is not Jewish, since 1983.

Schumer was also raised Jewish. Her Protestant mother converted to Judaism when she married Schumer’s Jewish father. Schumer will get to show her dramatic side in her next film Thank You for Your Service, about soldiers affected by post-traumatic stress disorder, due out in October. 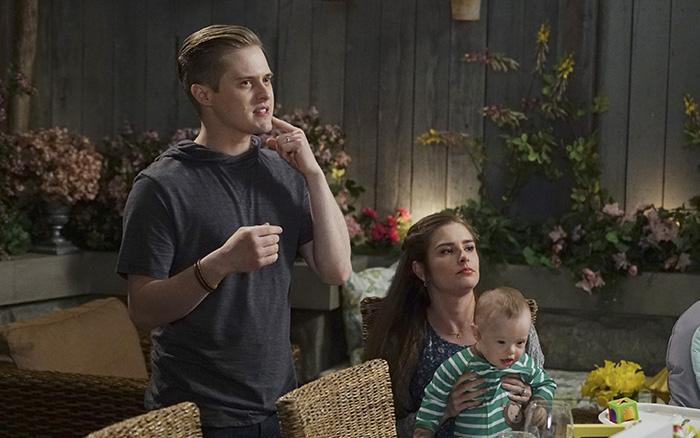 The fifth and final season of Switched at Birth, out May 11 on DVD and streaming, includes an episode that focuses frankly and realistically on the topic of religion and raising children. Toby, played by Lucas Grabeel, is Christian and his wife Lily, played by Rachel Shenton, is Jewish. They had an interfaith wedding and now they have a baby boy, Carlton. Toby’s mother, Katherine (Lea Thompson), is pressuring Toby to have the baby baptized. He goes along to appease his mother and figures that Lily, who is not religious, won’t mind. But Lily tells him that Judaism is an important part of her identity and one she wants her child to share.

“Jews are defined by being other than. Not Christian. You’re either Jewish, different from the rest of the world and proud of it, or you’re not. And I’m Jewish,” she tells him. “We have our own history, our own language, our own food, our own sense of humor. And everyone who is Jewish is bonded by that and I want my son to be in that little circle with me.” Toby announces plans to take some classes in Judaism, and so does his mother. After the episode aired on Freeform, the series’ creator Lizzy Weiss, who is Jewish, posted this on Twitter: “I am pleased we got to discuss how marriage and parenthood can change your relationship to religion, even culturally.” 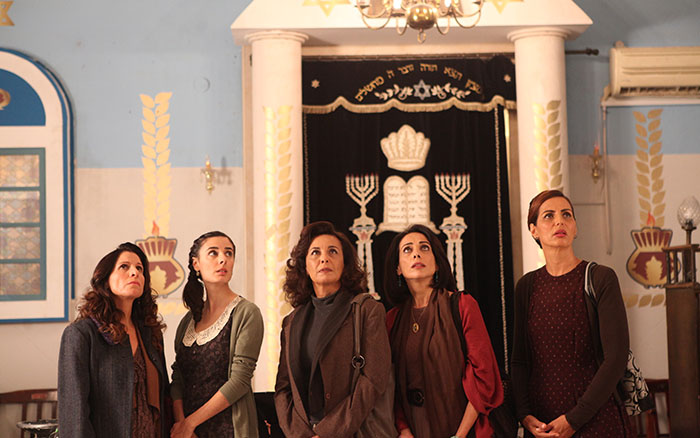 The lineup of the Los Angeles Jewish Film Festival featured a wide range of features and documentaries about the Jewish experience. Among them, two excellent Israeli comedies stand out: The Wedding Plan, about a woman who books her wedding hoping to find a groom in time for the ceremony (opening in New York May 12 and LA May 19), and The Women’s Balcony, in which the collapse of a synagogue’s titular structure—and the new rabbi’s refusal to replace it—causes quite a commotion (opening in select cities in May and June).

On the more serious side, filmmaker Henry Jaglom held the first-ever screening of his terrific film Train to Zakopané, adapted from his play and based on a true story that involved his late father. Set in 1928, a Jewish man (Mike Falkow) who meets an anti-Semitic Polish woman (Tanna Frederick) on a train doesn’t reveal he’s Jewish, intending to make her fall in love with him as revenge, but ends up falling for her too. Interestingly, Frederick, who is not Jewish, is married to Jewish director Jaglom, and Falkow, who was born in Durban, South Africa, is Jewish on his father’s side. His Russian paternal grandfather changed his name from Falkovitch to Falkow. 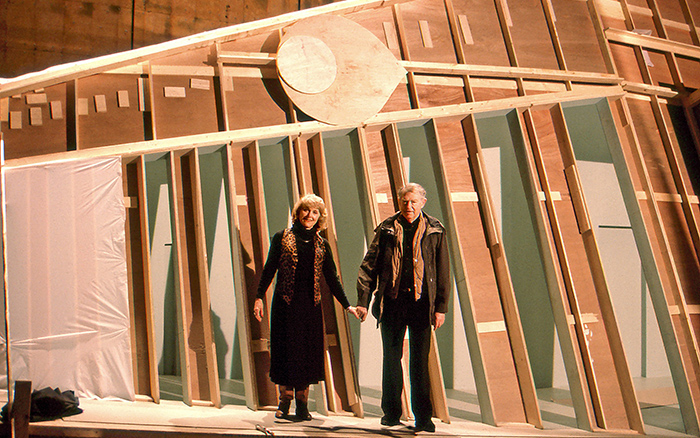 Also shown at the festival is the documentary Harold and Lillian: A Hollywood Love Story. This is a charming documentary about the 60-year working relationship and marriage of two Hollywood legends you probably have never heard about. Harold Michelson was a storyboard artist and his wife Lillian was a research librarian; they collectively worked on hundreds of films, including The Graduate, Scarface, The Birds, Fiddler on the Roof and Star Trek: The Motion Picture. Through interviews, letters, art work and photos, Israeli-born director Daniel Raim paints a loving portrait of this Jewish couple in his film, which opens in select cities in May and June.

Raim can relate to the idea of working with a spouse: He’s married to the co-producer and editor of this documentary. “There were times at the editing table going over the cuts when I thought we really are walking in their footsteps,” he says. Jennifer Raim is not Jewish; she was raised in Hawaii as “sort of Eastern-International-Buddhist. We were married under a chuppah. Our son Akiva loves being Jewish and goes to services with me on the High Holy Days,” adds Raim. “He’s been to Israel with us twice and I think he’ll enjoy having a relationship with his relatives there.”