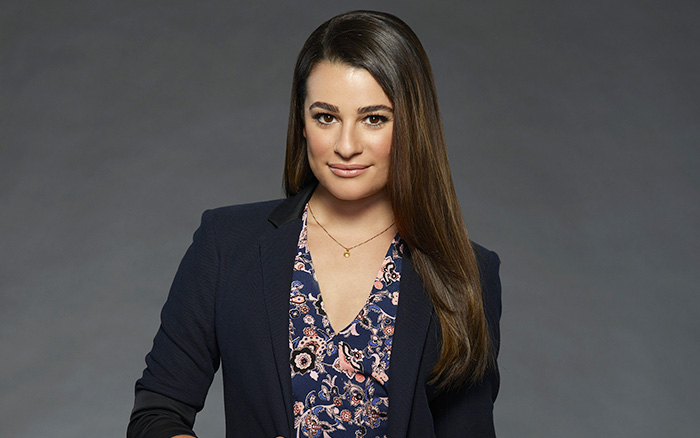 Lea & Daveed Were in the Room Where It Happened

Lea Michele returns to TV October 3 as a political advisor to the title character in ABC’s The Mayor, about a young rapper who runs for mayor as a publicity stunt, and actually wins. “I can definitely relate to her drive and determination. As an actor, that’s something I can step into quite easily,” Michele, who is Jewish on her father’s side, says of her character. Music is a big part of the show, so don’t be surprised if she belts out a few tunes. 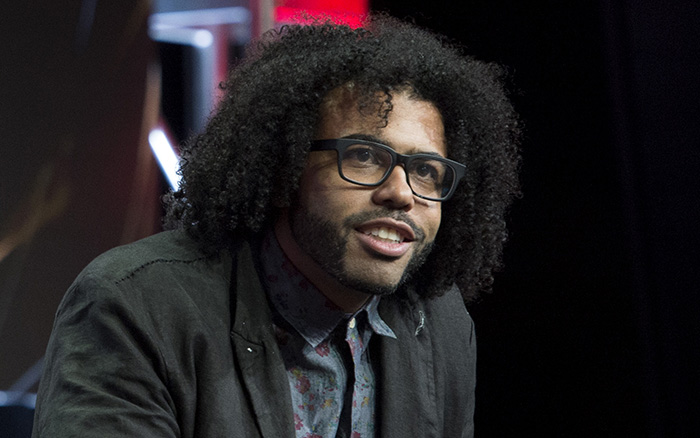 Daveed Diggs, the Tony Award winner for Hamilton who has a recurring role as Bow’s brother on Black-ish (returning October 3), is an executive producer on The Mayor and writes much of the music. The son of a Caucasian Jewish mother and an African-American Christian father, he identifies as Jewish. “My mother used to do Shabbat every week. She was pretty good about making sure we got a sampling of all the holidays so we could choose later whether we wanted to continue. We had Christmas too,” says Diggs, who didn’t become bar mitzvah. “I dropped out of Hebrew school just before.” On November 17, he’ll appear with Julia Roberts and Owen Wilson in Wonder as a teacher to a boy played by Jacob Tremblay (Room), and he’s in the cast of the TV version of the sci-fi thriller Snowpiercer, coming to TNT next year. 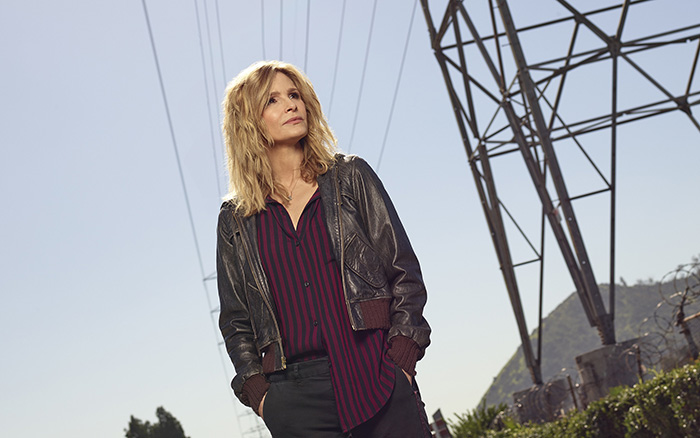 Kyra Sedgwick played a detective on The Closer, but this time, instead of solving mysteries, she’s mixed up in a big one in Ten Days in the Valley: the kidnapping of her young daughter. In the ABC drama, premiering October 1, Sedgwick plays the producer of a TV crime show with a lot of secrets that unfold over the series’ ten episodes. Sedgwick has German-Jewish roots on her mother’s side and English-Episcopalian heritage on her father’s, but she wasn’t raised religious. “Temperamentally and culturally, I always think of myself as a Jew, but we weren’t raised with any traditions. We had occasional Passovers; we always did Christmas,” she says. Sedgwick and her husband, actor Kevin Bacon, who is not Jewish, didn’t raise their two children in either faith, but daughter Sosie (13 Reasons Why) identifies as Jewish.

In Law & Order True Crime: The Menendez Murders, Josh Charles (The Good Wife) plays the psychologist whose tapes of the Menendez brothers’ confessions led to their arrest. Charles, who identifies with his father’s Jewish faith, is married to ballet dancer and author Sophie Flack, whose mother is Jewish. 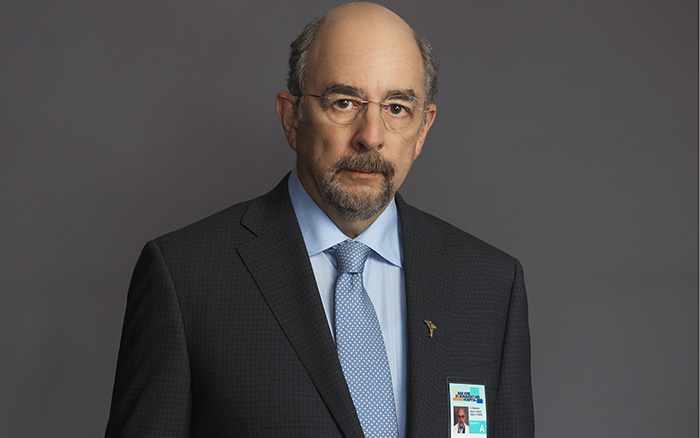 The Doctor is In

Richard Schiff (The West Wing, Ballers) plays the father figure and mentor to a young doctor (Freddie Highmore) with autism and savant syndrome in ABC’s The Good Doctor, premiering September 25. Off screen, the Jewish actor is the father of two (a son and a daughter) with his wife Sheila Kelley, who is “an Irish-Catholic who rebuffed Catholicism…but she is very spiritual,” according to Schiff. “My kids were raised with the option to go in whatever direction they want.” 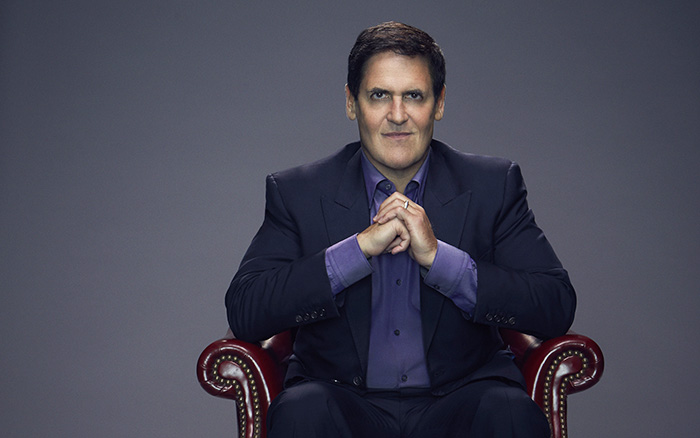 Sparks Fly in the Shark Tank

There will be fireworks in the Shark Tank when the business competition show returns to ABC on October 1 and Mark Cuban squares off against guest shark Richard Branson. “We didn’t get along,” says Cuban. The Jewish billionaire investor and his wife Tiffany, who is not Jewish, have three kids. Alexis, the eldest, is 13 and chose not to become a bat mitzvah. “She didn’t go for it. I wasn’t bar mitzvahed. I left it up to her like my dad did with me. I was a little disappointed, but it is what it is,” Cuban says. His son Jake, 8, “is leaning toward” having the ceremony, “but he’s got five years” to decide, Cuban adds. 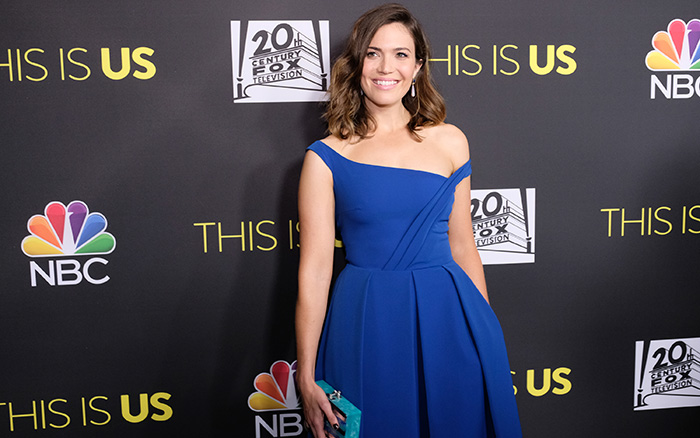 Mandy Moore has more to celebrate than the highly anticipated second season of This Is Us: She just got engaged to Taylor Goldsmith, frontman of the band Dawes. Moore, who is not Jewish, has been dating the Jewish musician for two years. Returning September 26 on NBC, This is Us picks up with the aftermath of the epic argument between Rebecca (Moore) and Jack (Milo Ventimiglia) that ended the first season. 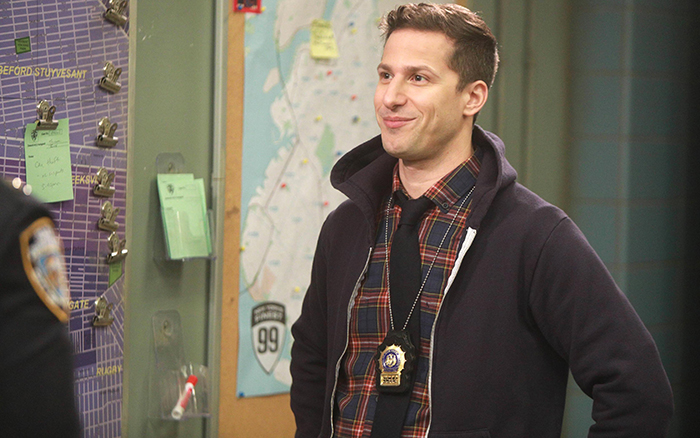 Framed for robbery when we last saw him, Andy Samberg’s character Detective Jake Peralta is behind bars in the fifth season premiere of Brooklyn Nine-Nine on Fox, September 26. There are major developments in his real life too: The Jewish actor and his wife, singer-songwriter Joanna Newsom, who is not Jewish, just became first-time parents to a daughter in August. He’s been sleep-deprived ever since, but that’s something he says he learned about on Saturday Night Live. “When you work there, you don’t sleep.” 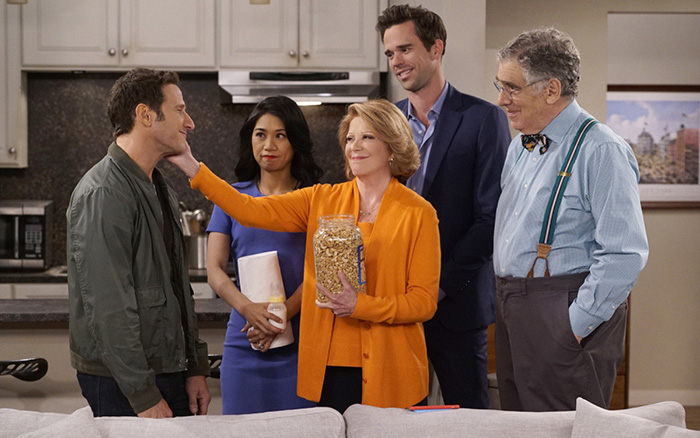 It’s All in the Family

Mark Feuerstein’s real-life Jewish family is the inspiration for the CBS sitcom 9JKL, specifically, the years when he lived in a New York apartment building sandwiched between his parents’ apartment on one side and his brother’s on the other. “This family dynamic is international and universal and everyone can relate to a mother and father who aren’t afraid to get in your business,” says Feuerstein (Royal Pains, Prison Break). Jewish actors Linda Lavin and Elliott Gould play his mom and dad and David Walton, who is not Jewish, plays his brother Andrew, who’s in an interfaith marriage to Eve (Liza Lapira) in the show. 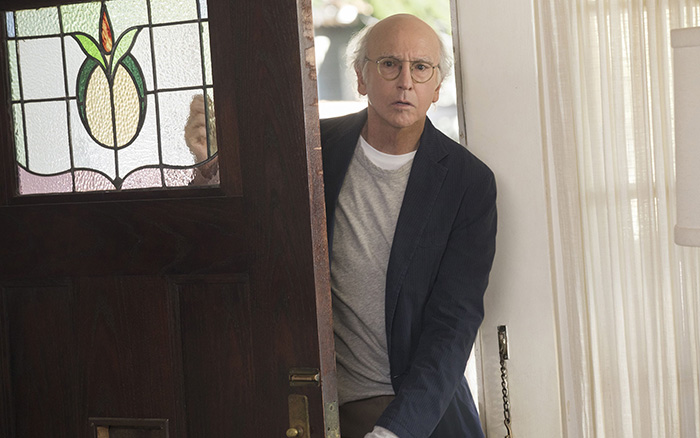 After a hiatus of six years, Larry David’s Curb Your Enthusiasm returns to HBO October 1 to mine more comedy from the hilariously awkward social situations that David gets into. The lovably misanthropic Jewish character is divorced from his wife Cheryl (not Jewish) played by Cheryl Hines, but she remains a part of the cast. Guest stars include Lauren Graham, Bryan Cranston, Ted Danson and Elizabeth Banks. 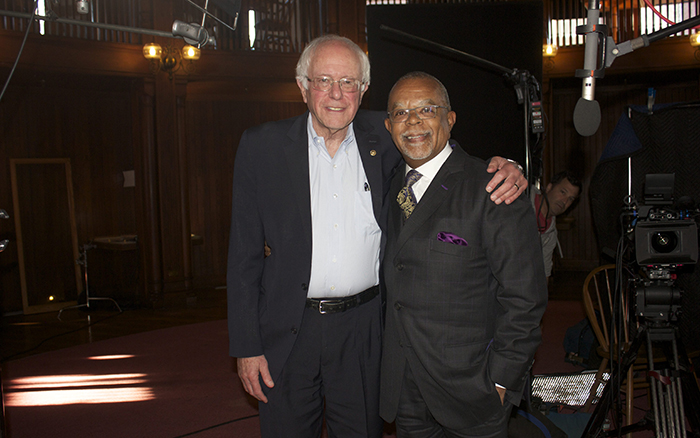 Larry David is also one of the guests on the October 3 fourth season premiere of the PBS genealogy program Finding Your Roots with Henry Louis Gates, Jr. The other is Senator Bernie Sanders, the man he impersonated so perfectly on Saturday Night Live during election season. Both are Ashkenazi Jews—and distant cousins! Sanders’ marriage is interfaith: His wife, Jane O’Meara, was raised Catholic. Gates has several other guests this season with Jewish or partial Jewish ancestry and two with Jewish DNA they didn’t know they had. “The mysteries on your family tree…who knows what you’ll find when you go back 100, 200 years? It’s like opening a secret door,” Gates says, noting that the experience is always emotional. “I see how it moves people. It changes their relationship to history and to themselves.” 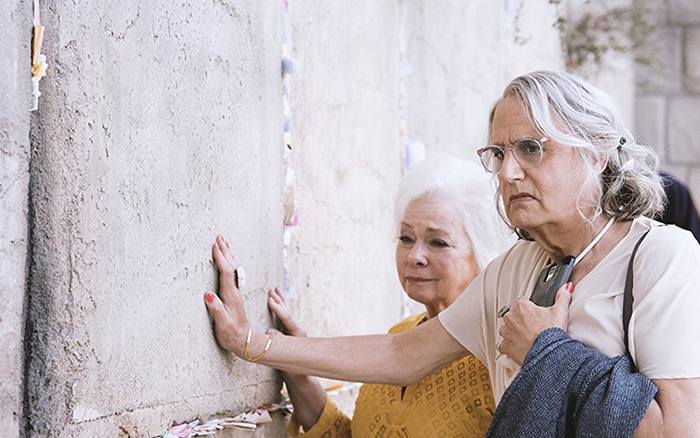 Tambor Gets Transparent in Israel

The Jewish family drama Transparent returns to Amazon September 22 for a season built around a trip to Israel and the lessons and revelations discovered there, including a long-lost relative. Jewish actor Jeffrey Tambor, who plays the transgender Maura Pfefferman, is in an interfaith marriage off screen. He and his wife Kasia, the mother of four of his five children, have been married since 2001.

There’s a New Voice for Season 13