Returning to the screen in her first big role since winning an Oscar for Les Miserables, Anne Hathaway stars opposite Matthew McConaughey in the epic space adventure Interstellar, opening in theaters and IMAX November 7. For the actress, who has fond memories of a spaceship project her seventh grade class worked on, getting to play an astronaut was fun. “It was the closest I’ve ever gotten to feeling like a kid—it stretched Halloween out for several months, and I loved that feeling,” she says, even though the 40-pound spacesuit was heavy and working in Iceland (doubling for a far-off planet) was physically taxing. “We were all cold and exhausted. I just wanted to go home and get warm!”

Hathaway was raised Roman Catholic and even considered becoming a nun in her childhood, but changed her opinion of the Church because of its policies on homosexuality—her older brother is gay. Nevertheless, her wedding to Jewish actor Adam Shulman in September 2012 was interfaith, incorporating Jewish and Catholic traditions.

In his latest movie Nightcrawler, opening October 31, Jake Gyllenhaal takes a dark turn, playing an unscrupulous, predatory news videographer who prowls the streets of Los Angeles in search of grisly scenes to film, even manipulating them for maximum impact. It’s a chilling, riveting performance and the first of several vastly different characters he’ll play in upcoming projects. In 2015, he’ll portray a mountain climber in Everest and a boxer in Southpaw, and will make his Broadway debut in the play Constellations, a romantic drama opening January 13. He plays a beekeeper and Ruth Wilson (The Affair) is his physicist love interest. 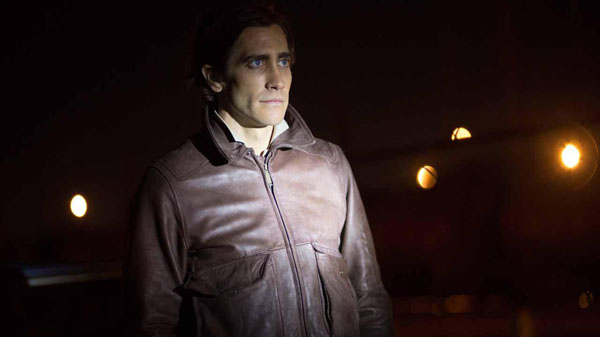 The son of Jewish screenwriter Naomi Foner and director Stephen Gyllenhaal, who is of Swedish-Christian ancestry, Gyllenhaal identifies as Jewish. “I see myself as a Jew since my mother is a Russian-Jewish New Yorker,” he says. He had an unusual bar mitzvah. “On my 13th birthday, they thought it was important for me to experience a rite of passage, an entrance into manhood, and the consensus was that we would do something for the good of the community, some charitable work—a bar mitzvah-like act, without the typical trappings. So we went to a homeless shelter and we did some work there and then I had the celebration there.” 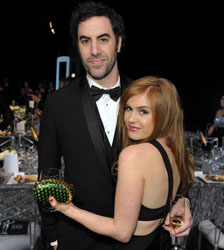 Actors Sacha Baron Cohen and Isla Fisher, parents of daughters Olive, 7, and Elula, 4, are expecting their third child early next spring. Fisher (Wedding Crashers), who was raised Christian, met the Jewish comic (Borat) in 2002 at a party in Sydney, Australia, and converted to Judaism in 2007, three years before they married. The couple is also collaborating on the spy comedy Grimsby, due in July.

Daniel Radcliffe’s escape from his Harry Potter persona seems to be complete, as his latest role is his darkest yet. Just in time for Halloween, he stars in the supernatural thriller Horns, in which he grows a pair of the titular appendages that come with the power to force people to confess their sins, and he hopes to use them to find his girlfriend’s killer and clear himself as a suspect. 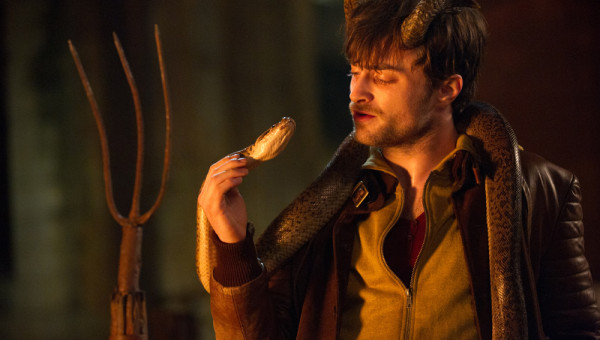 Protestant on his father’s side and Jewish on his mother’s, he categorized his family as “Christmas tree Jews” and has said he is an atheist but is “very proud” of his Jewish heritage.