Molly Yeh is a Chinese Jewish food blogger, author, musician and photographer who left New York City for rural North Dakota to run a sugar beet farm with her husband Nick. She’s the host of the new Food Network show Girl Meets Farm, which premiered June 26 and blends the flavors of her diverse cultures and experiences in her innovative recipes. On the July 1 episode (11 am ET/10 CT), for instance, Yeh’s menu includes garlic and onion challah, chopped salad with crumbled feta, creamy hummus, and olive oil blondies with chocolate frosting and sprinkles. We’ll see if it’s similar to the scallion pancake challah recipe she shared with us. You can catch her behind-the-scenes blog post about the show on her site.

According to her website, Yeh is Hungarian-Jewish on her mother’s side, celebrates Christmas, Hanukkah and three New Years (that would be Chinese and Jewish ones, in addition to January 1), and she likes pastrami in her egg rolls. Her eclectic tastes are reflected in her list of favorite foods: tahini, marzipan, schnitzel, yogurt, white bread, butter, Lunchables, bagels, falafel, sprinkles, potato chips, mayonnaise, ketchup, eggs, hummus, halvah, macaroni and cheese, pizza, dumplings, pistachio ice cream, cake, cheese and pigs in blankets.

She was studying percussion at Juilliard in New York when she met Nick, who is not Jewish, and they married three years ago. She has performed with orchestras around the world, but music now takes a backseat to cooking—and writing about it in magazines, books and her award-winning blog. You can find out more about her books Molly On The Range: Recipes and Stories from an Unlikely Life on a Farm and Yogurt on her website.

Alison Brie returns to the ’80s and the wrestling ring for the second season of Glow, which begins streaming on Netflix June 29. Brie, who was raised in her mother’s Jewish faith (her Christian father is of Dutch, English and Scottish ancestry), is married to actor Dave Franco, who is also the product of an interfaith marriage. He has a Portuguese-Swedish Christian father and a Russian Jewish mother. Brie is currently recording a voiceover for the 2019 animated sequel The Lego Movie 2: The Second Part, reprising her role as Unikitty. Franco next stars in the crime drama If Beale Street Could Talk, due out November 30, and he’ll portray actor Montgomery Clift in Zeroville, out later this year.

As the mother of a 5-year-old son, Westworld star Evan Rachel Wood couldn’t stand by when she heard about the children in Texas who were separated from their immigrant parents. She flew there to see how she could help, bringing toys with her to donate. “I’m gonna be on the front lines for the next couple days to find out what I can do to help and what we can do to help, so if you want to follow along with the hashtag #EvanInTX to find out what’s going on here and how we can all get involved,” she posted on Instagram..

“Just hung out with some of the families at one of the shelters people are sent to while they are being processed or awaiting deportation. Played with the kids for hours. They were so sweet, insanely smart, and creative. They have obviously been thru a lot and need supplies and medicine. #EvanInTX
A post shared by Evan Rachel Wood (@evanrachelwood) on Jun 24, 2018 at 9:43am PDT.

She told People that she wanted “to put faces with the stories [and] to actually be there and hug the children and play with them, see how sweet and loving they are but to see how tired and in pain they are—and see the fear in their parents’ eyes.”

Wood is the daughter of a Christian father and a mother who converted to Judaism, and identifies as Jewish. She joined the Break Bread, Not Families campaign of 24 days of 24-hour fasts in honor of the 2,400 children separated from their parents. “Fasting is a form of non-violent protest and I was happy to be a part of their ceremony in Texas this morning and carry the strike another 24 hours before it is passed to the next person,” she tweeted, telling ABC news, “I didn’t want people to think that because of a slight policy [change] that everything was fixed. We still have to reunite families. Don’t lose momentum because the fight is not over. Let’s not lose hope.”

Gerri Miller writes and reports from Los Angeles about celebrities, entertainment and lifestyle for The Jewish Journal, The Nosher, Hadassah and others. A New York native, she spent a summer working at Kibbutz Giv’at Brenner in Israel and attends High Holy Day services at the Laugh Factory in West Hollywood every year. 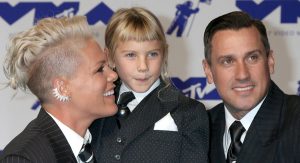 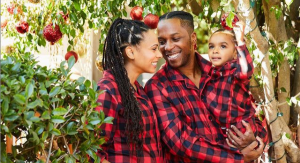