Finding a Ceremony Location that Fits 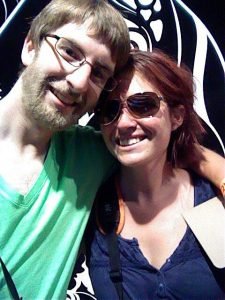 Where do you get married when you don’t officially “belong” anywhere? This question, which seems rather dramatic, was the first hurdle of wedding planning.

Here are some places that we quickly checked off the list:

– A rotating wedding with stops at each temple or church where a friend of ours works as a rabbi and/or spiritual leader: problematic mostly as this particular world wide wedding tour would probably require a month long commitment for any wedding participant.

– My very first truly Jewish home, the Smith College Kosher Kitchen: while the space is filled with amazing memories of learning how to braid challah, welcoming Shabbat, and being part of true community, it’s not exactly equipped for a wedding shindig.

– The churches that Justin attended growing up: a destination wedding wasn’t something we were 100% opposed to, but asking family to trek out to the winding trail of places he called home (from Ohio to South Dakota back to Ohio and on to Pennsylvania) as he grew up wasn’t exactly practical.

After all, as an interfaith couple with varied roots and no shared official physical spiritual home, there is no obvious, easy answer. And, as we look to bring together a diverse group of family and friends, we want to avoid the “eek” feeling that often accompanies being in someone else’s religions home base. (We’re introducing enough new things as it is!) 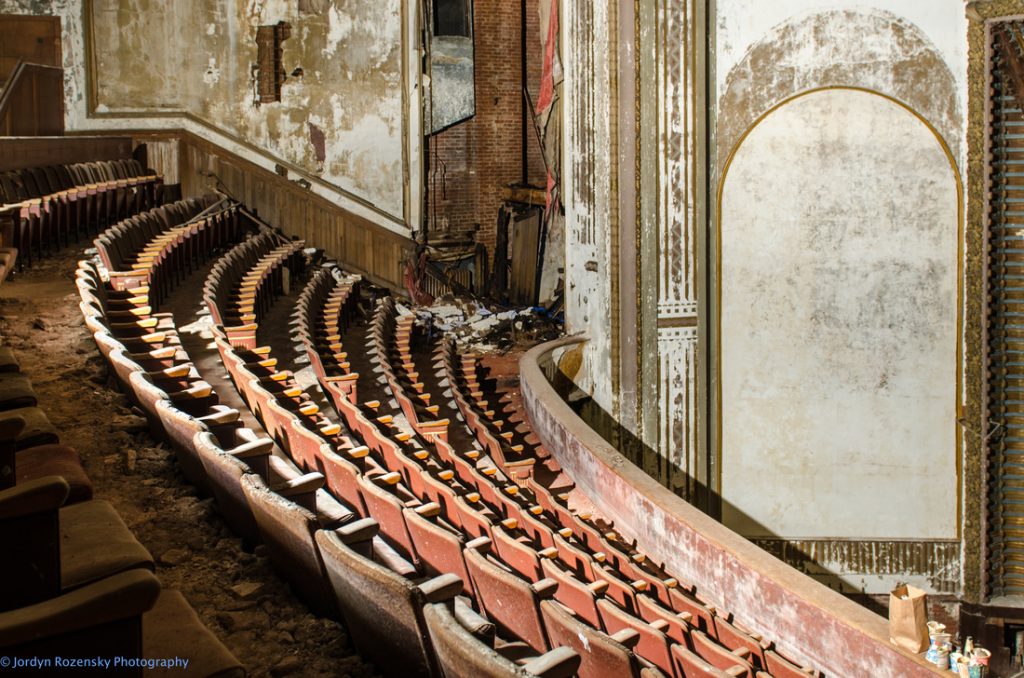 A ceremony in a science museum? Why not? (Unless there are mummies—I have an irrational fear of mummies.)

A ceremony on a boat? Sure! (Weather permitting. And is one allowed to be both captain and bride?)

A ceremony in an abandoned theater with no lights, no running water, and a more than fine layer of dust? Yes. That’s the winner.

When we looked at locations that had significance to us, a vacant theater became the obvious choice. Justin has been a part of a community of urban explorers for far longer than I’ve known him, and I’ve come to appreciate the beauty that is found in a place paused in time. We are people who, individually and as a couple, value adventure, the offbeat, finding experiences that might not jive with the norms—and so this feels more like “us” than any church or synagogue we might find. 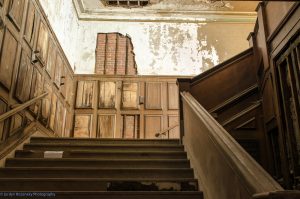 I wouldn’t go as far as saying that this is where we find our “sacred” … but, there is something holy about appreciating glamour where someone else might not look twice.

Taking a space, one that has been forgotten by its surroundings, and stepping back is a powerful experience. There’s beauty in seeing a place 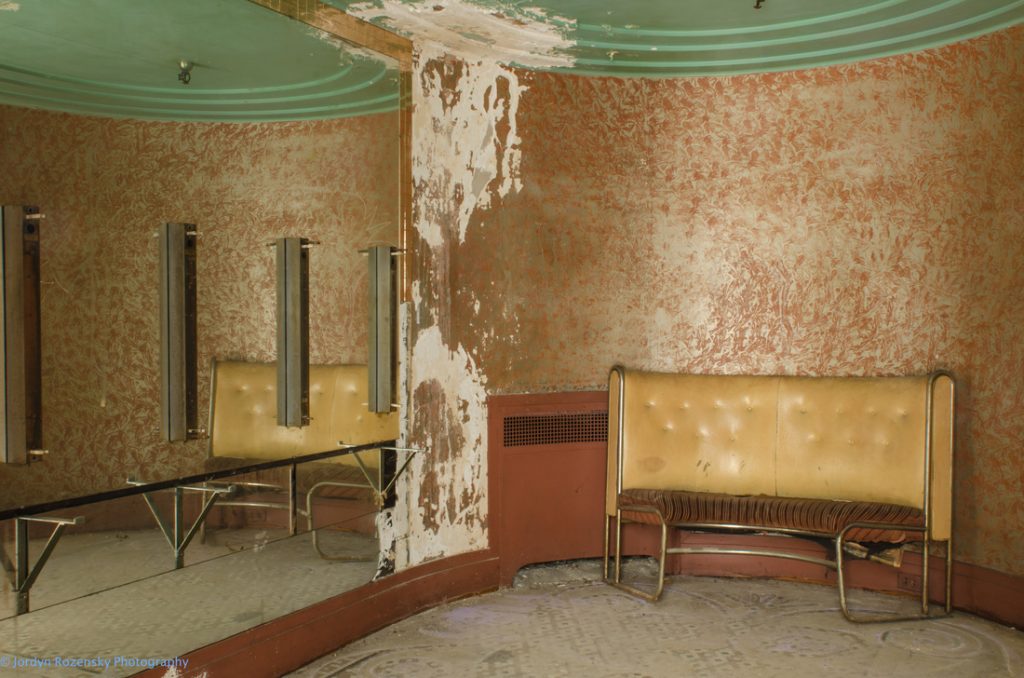 for what it once was, what it is now, and what it could be. (And, isn’t that the essence of a relationship? Appreciating all steps of the journey?) For us, the idea of transforming a quiet, slightly downtrodden theater into a site for a ceremony just makes sense. We’re adding the lights, we’re bringing in the huppah, but the magic of the building was already there.