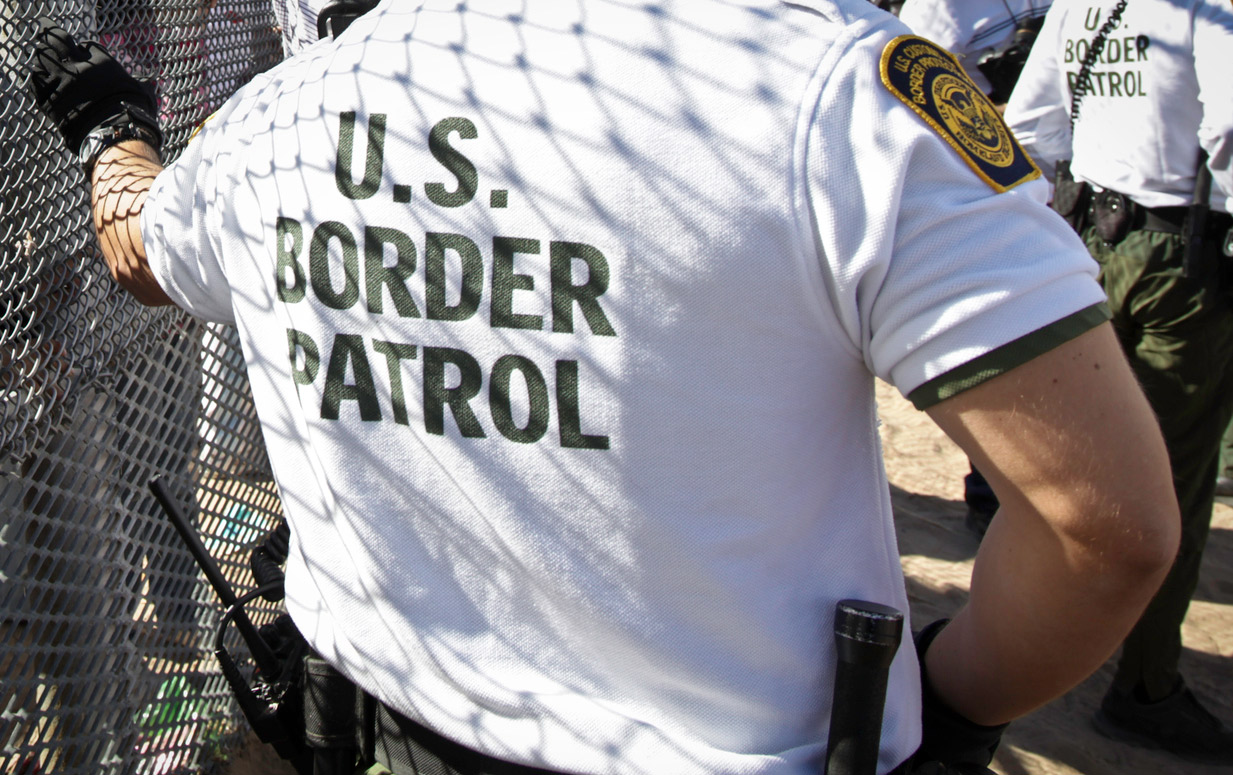 There is a photo taken by photojournalist John Moore going around the internet of a child watching her mother being searched at the Mexican border. The toddler, no older than 3 years, is in hysterics. She is wearing a pink shirt, blue jeggings, red sneakers and she looks just like my Helen Rose. She has the same look in her eye that Helen, my 2 1/2-year-old, gets when she desperately needs something, when someone is not listening to, or not comprehending her needs. The young girl’s hair is in a loose pony tail and matted to the side of her face as she screams. It makes me think of when Helen first wakes up in the morning, when it’s so hot in Brooklyn that her sweat pours out of her, her raven hair gets sticky and she is uncomfortable.

In the photo, we do not see the mother. She is faceless and perhaps this is the point. The viewer must imagine her, or believe she doesn’t exist. The focus is on the child’s pain and we must draw our attention away from the only part of the mother that is visible – her dirty jeans, her torn sneakers.

The photo separates mother and child just as the world does and I wonder, if I traveled hundreds of miles from my home seeking asylum because my country couldn’t take care of me, and at the gates of the North when I thought my freedom was inches from my fingertips, someone came to take my daughter away… What kind of faith would I have in humanity, in dreams, in life, in God?

On the walls of the Mauthausen concentration camp is a quote that was scrawled by an inmate during Hitler’s reign. “If there is a God,” it reads, “he will have to beg my forgiveness.” I think of this when I see a 2-year-old in a photo whose eyes are the dark eyes of my Helen. My thoughts are not political, they are maternal. They are the thoughts of all mothers watching the news, the thoughts of the mother who was cut out of that photo, her child a collection of pixels asking Facebook users to click “angry” or “sad” or “like” because our only mobility in our communities lately has become about sharing our thoughts, our dreams and our religious prayers in an imaginary world that doesn’t exist.

Looking at that photo, observing the child, the invisible mother and the hardly visible piece of uniform of the officer, I wonder how to hold the world in my arms and grieve for it.

My partner, lover, soulmate, companion, husband, best friend, Adrian, is from Mexico. In the small village where he was born, women still birth babies in their bedrooms. He believes in science, technology and the Virgin of Guadalupe, but he will be the first to argue about what God is, and what God does.

Last night, after a long shift, Adrian sat down at the kitchen table, opened a beer, poured half a glass for me and half for himself and started to cry. “Bebe,” he said, “I saw a photo today of one of the children at the border who had been separated from her parents. She looks just like Helen.”

In a household of two faiths where we raise Helen and our new daughter Alma, to believe in something greater, something larger than ourselves, our faiths are shaking.

No words are enough for these emotions. Although when Adrian and I start talking, I ask him what he thinks about people who tell us to pray in times like these. “The saints don’t exist,” Adi says, “the saviors don’t exist. What exists is the saint within us. That is where God is, not some outside force, but an internal light.” We are desperate. And again, this is not political. It’s not even biblical.

In the morning, I walk to the library and sit down at an empty desk. To my left there just happen to be a collection of Jewish scriptures. At the end of the row of cracked spines and rubbed out letters is a bright collection of several books that look the same. “The Talmud,” the texts most central to Judaism,  peer out at me from the shelves. I think of that child at the border, that single face, that one soul. I pick up the blue book with a Hebrew alphabet neatly etched from right to left. There is commentary on suffering, sanctity of life and a section dedicated to the all knowing and all powerful. Is this what I want to teach my children? Indifference? Is it indifference or something else? “We need to unite,” Adrian said to me last night, “the only way is if we unite.”

The Talmud tells us, “Don’t take the burdens of the world’s problems upon yourself. Don’t ignore them either.” For the first time in my life I throw a Hebrew book on the floor…and then I step on it. I’m seeing and feeling the unidentified mother whose daughter has been ripped away from her. The holy in me bows to the holy in you but will not bend to injustice.