Do Parents Need To Present A United Front About God?

Many parents avoid being divided on issues big and small with our kids. We particularly try to present a united front about discipline, decision making and responsibilities and attempt to not get triangulated. But what about God? Do we need to believe the same thing, or at least tell our kids we do? My partner and I don’t like lying to our kids…about anything. We don’t tell them things they can’t yet handle developmentally, but we don’t avoid the tough subjects when they ask.

So what about God? We are unique in that both of our work lives involve religion. Part of her job is teaching the history of Judaism and Christianity to college students. She is enticed by the history, texts and language of religion but her role is to deconstruct it. I am a rabbi who is drawn to the spiritual and I look for ways to see the divine in everyday life. Even though we both highly value religion and its study, we have very different approaches to theology.

So what do we tell the kids? We have decided that as we don’t lie to them about other things, we will not lie to them about God. I read them books about God, encourage thanking God before meals, and provide as many ways as I can for them to envision what God might be. I share with them my own theological struggles. My partner tells them that she believes humans created the idea of God and when talking about the Bible she refers to God as a character in the story. In all of these conversations, I make sure that our kids know that debating God doesn’t have anything to do with them being or feeling Jewish. Since there are myriad ways Jews define ourselves, belief is certainly not a litmus test. In fact, about half of American Jews report doubting God’s existence.

Why have my partner and I rejected the idea that we must agree theologically, or that we should pretend that we do?

First, no two individuals are alike in their beliefs. Why would we expect two parents to share a theological view? Sure, some do, or their visions of the divine are close enough to present one shared story to their children. But the great majority do not. It is not only parents from different religious backgrounds who struggle with this question. Two Jewish, Catholic or Muslim parents can easily hold radically differing theological views and most traditions hold within them disparate views of divinity as well.

Second, we believe that parents shouldn’t refrain from teaching kids what they think just because they don’t agree with one another. Children are far more capable of handling complexity than we imagine. I encourage parents to talk it through between them first, and then commence sharing with their children what they think about the big questions and even how views evolve and change over time. By doing so, we will be teaching them personal integrity, authenticity, and the Jewish values of intellectual and theological struggle. I think children can handle that complexity. What is tougher to handle is a lack of clarity when parents haven’t figured out how they are going to talk to them about their differences.

On a related note, I don’t believe that kids will be confused if they are exposed to many ways to think about God. For me, this goes beyond what they are learning from us as parents. My theological views often differ from their religious school teachers’ views. I wouldn’t expect them to talk about God exactly as I would. I engage my children about those views as well and ask them what they think. In our home, we talk about God and gender. We sometimes change liturgical language to fit our ideological or theological beliefs, such as excluding language in our Friday night Kiddush about Jews being the chosen people. I don’t believe that God acts in human history (as in God being our salvation in a battle). There are times when I disagree with how a movie, book or teacher presents God and I welcome those opportunities to refine how we communicate about belief as a family.

Last and most important, I want to teach my children about telling the truth. The value of trust is higher for me and my partner than anything else. If they find out someday that we misrepresented ourselves, they could question other things we had said along the way as well.  So we tell them our viewpoints, and we fess up when we aren’t sure.

The result?  At this moment, our kids approach God differently. Our 7-year-old made up a joke that God was walking around one day and the big bang blew him up. He says he doesn’t believe in God and often has much to say about the subject. Our 9-year-old thinks God exists but struggles with the Shema prayer because he really likes the polytheism of the Greek myths. Under the sukkah recently, we got into a philosophical discussion with them about whether there was some kind of matter present before the universe came into being or if it was born out of nothingness. Everyone had an opinion and struggled with the question. We are pleased. We aren’t teaching them what to believe, but they know how the two of us feel about God. We are teaching them how to think about their relationship to the world around them and giving them language to speak about it.

Because Nothing Looks Like God and Where is God? by Karen Kushner and Lawrence Kushner

The Spiritual Life of Children by Robert Coles

Rabbi Mychal Copeland is Director of 18Doors/Bay Area and can be reached at mychalc@18doors.org.

Rabbi Mychal Copeland is Director of 18Doors/Bay Area and can be reached at mychalc@18doors.org. 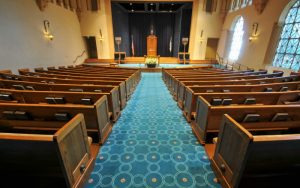 Two Sons (One Circumcised and One Not), a Scottish Presbyterian Husband, and Me (the Jewish Mother)