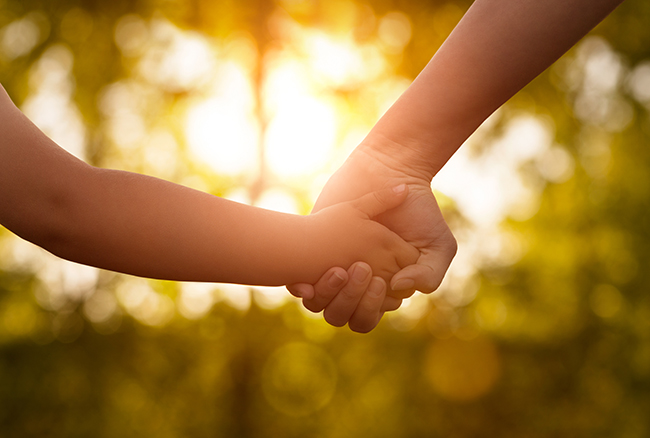 We live in a world filled with hate. It seems as each new day dawns, we are reminded of this very concept. Charlottesville, Paris, London, France, Spain, the list continues to grow. Even my beloved alma mater, The Ohio State University, a college with a diverse student population of nearly 60,000 is not immune. Can it really be that we have ushered in a new era where it has not only become popular but acceptable to preach hate and bigotry while encouraging violence at targeted groups? This seemingly commonplace behavior has captivated headlines on a daily basis and often includes attacks on various groups including women, LGBT, minorities and Jews.

America is the land of opportunity. A great country founded on the basic principal of speaking out and rebelling against tyrants forcing their ideologies. Each of us is entitled to life, liberty and the pursuit of happiness. People love to hide behind the First Amendment as a reason to spout vulgar insults and racial epithets. It has been uplifting to see many Americans coming together to rally against hate. But it’s important to remember that freedom OF speech is not freedom FROM speech. Do I support or encourage the Ku Klux Klan and its supporters gathering in arms, bearing torches and shouting references to Hitler along with chants echoing through the night, “Jews will not replace us!”? Of course not, but while we, as equal rights supporters stand unified against hate, we don’t encourage violence to solve violence. The hateful actions of these people are deplorable and do not embody the principles this nation was founded on.

As relatively new parents, this is continuously a topic of discussion in our house. Today, we live in a community only a few miles from where I experienced first-hand that hate is not limited to racially divided cities or foreign countries calling for war against the West. I was maybe only 10 years old when our baseball team traveled out to a wealthy suburb on the east side of Cleveland. (For those who don’t know me, I grew up in a predominately Jewish community that was well known for its religious concentration.) I was raised in a Reform Jewish household and became a bar mitzvah. I have been blessed to be married to the most wonderful, kind and loving Catholic woman in the world (although not very religious herself). My life experiences both as a Jew and being in an interfaith marriage have allowed me to view this anecdote differently as I got older.

We arrived for the game on a sunny afternoon and began to warm up. It didn’t take long before we could hear the undertones and whispers coming from the home team dugout. “F-ing (expletive) Jews. Why don’t you go home back where you came from?” These were phrases that, while familiar with, I had not experienced them directly, especially as a young boy. I was raised in an environment to be conscious of the fact that the world did not always like Jews and anti-Semitism was a very real thing. Now to experience it first hand was a little jarring. As the game went on there were similar remarks being made under their breathe. Later in the game, on a close play, I slid into second base and was involved in a little scuffle while colliding with the other player trying to tag me out. The play ended and through the cloud of settling dirt, I heard, “Go home you stupid k___ (derogatory word for Jews that sounds like “kite”).” 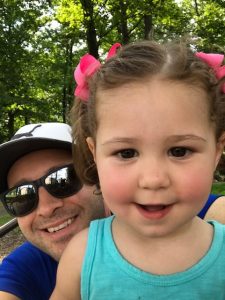 These awful words still ring in my ears more than 25 years later. My perspective on the world has evolved over the years—from a young Jewish man to a husband and father, raising my own family, in an interfaith marriage. The world is a cruel place; people are cruel; children are cruel. The events of the recent past can be avoided, but it has to start now. Hate is a learned behavior—it is taught to our youth at a very tender and impressionable age. We breed hate as we pass on our distaste for one culture, religion or ethnic group. Information is so readily available today and can be accessed, at our fingertips, within a moment’s notice. Hate groups are using this to unify and unite their cause with propaganda and recruit new soldiers to fight in the battle.

Today does not feel like the world I grew up in. It is fueled by violence and hate, almost as if we have taken a step back in our progression as a society. This is not the world I want my daughter to grow up in. Not a place where she has to be afraid or embarrassed that her last name is known as a common Jewish name. Not a place where she is afraid to walk into a synagogue. Not a place where she cannot be proud of who she is and the heritage she carries with her. We have to do our part, speak out when you see an injustice being committed. I believe that good can and will prevail over evil. However, it starts with us as individuals. The words we use in our homes, the way we speak to colleagues, the way we greet strangers. We CAN make a difference and chart a new course.