“It’s obviously very emotional for me. Making this decision was really hard.” So said actress Kyra Sedgwick, 45, about deciding to make the upcoming, seventh season of her hit TNT cable series, The Closer, the last. 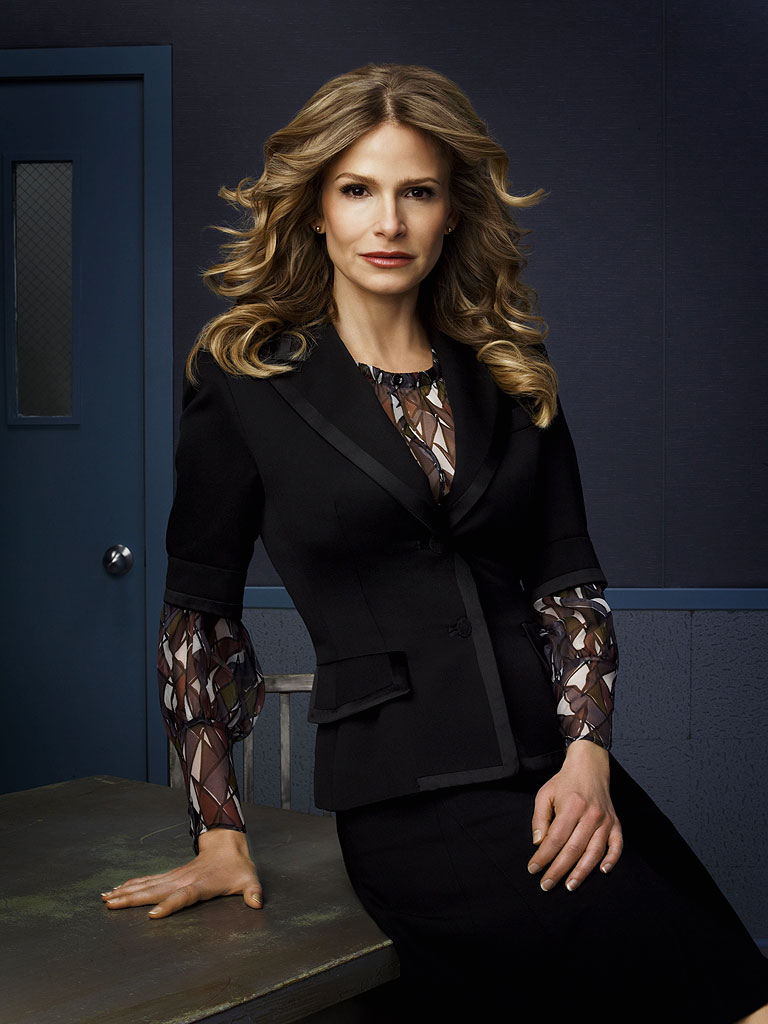 Speaking to the website TVLine, Sedgwick said a number of reasons went into her decision to retire from her role as police detective Brenda Leigh Johnson.

First, she said she “wanted to go out on top,” while the show was still a critical and ratings hit. Also, the show’s very regular production schedule was great when her two children were younger. But now they are young adults (22 and 19 years old) and she has the freedom to take roles that film far away from her home.

Sedgwick says, “I thought about it for about a year and it finally came down to the fact that I really want to do other things, creatively. I’m an artist, and I want to express myself in other ways and other places.”

The last season (21 episodes) of The Closer starts on July 11, 2011. There will be a mid-winter break in showing new episodes and the last new episode will air in June, 2012.

As I have noted before in this column, Sedgwick’s mother is Jewish and she identifies as Jewish in both a religious and cultural sense. The rather interesting story of how she came to embrace her Jewish background as a teenager was covered at length in my previous column profile. As most people know, Sedgwick’s husband of 22 years is actor Kevin Bacon, who isn’t Jewish.

No word yet whether the handsome Jon Tenney, 49, who plays Sedgwick’s TV husband, Agent Fritz Howard, will be in the spin-off. Tenney, who is Jewish, was married to actress Teri Hatcher (of Desperate Housewives fame), who isn’t Jewish, from 1994-2003. They have one daughter, who was born in 1997.

Lauren London Speaks About Being Black and Jewish 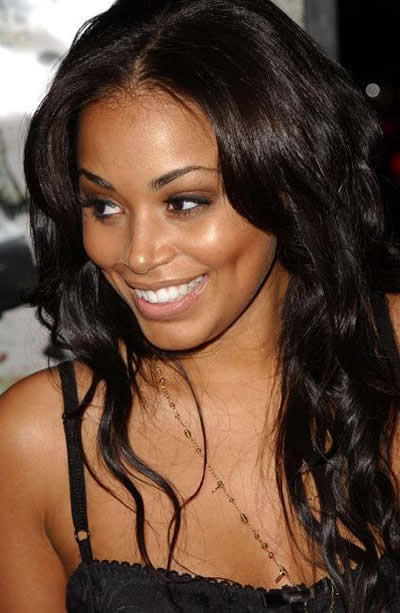 Actress and model Lauren London, 26, first attracted considerable notice as the “hot girl” in music videos by hip-hop artists like Ludarcris and Snoop Dogg. In 2006, she made her acting debut on the TV series, Everybody Hates Chris, written by Chris Rock. Subsequently, she has had starring or co-starring roles in the films ATL (2006), a coming-of-age story about young African Americans, This Christmas (2007), I Love You Beth Cooper (2009), Next Day Air (2009) and Tyler Perry’s Madea’s Big Happy Family (2011).

Born and raised in the Los Angeles area, London is the daughter of an African-American mother and a Jewish father. In 2009, she gave birth to her first child, a son. The father is famous rapper ‘Lil Wayne. (It appears that she and Wayne are no longer a romantic couple).

In a recent interview with the website Skin Deep, London opened up about many things, including the difficulties she faced as the daughter of a Black mother and a Jewish father.

At the tail end of the interview, Skin Deep’s Kathleen Cross asked her, “How do you feel about being half Black and half Jewish? How has that impacted you?”

Whatever your ethnicity is, in this life you are going to be on a journey to discover who you are and how you feel about yourself. I do remember being teased by my cousins on my mom’s side for not being black enough, and then I’d spend the summer with my dad and be sent to all white summer camps where I was “that black girl.” I struggled for about a minute with that, then I figured it out for myself. What it has done for me is I don’t care what people think about my identity. If someone thinks I’m not black enough that’s their issue. I’m okay with who I am and it is what is. I’m a Black woman like my mother, and I love who my father is, and I love both sides of me. Nobody makes a big deaI about it anymore because I won’t take that anymore.

In the same interview, London mentioned (Jewish actress/singer) Barbra Streisand stating, “I’ve admired her since I was a little girl.”

In a 2009 interview with Complex Magazine, London partially explained why she so liked Streisand. Her reply, in a sense, echoes what she told Skin Deep.

Damien Scott at Complex said: “We hear your idol is Barbra Streisand. Can’t say we saw that coming.”

You think because I’m some little black girl, I can’t love Barbra? [Laughs.] I’m the little half-black, half-Jewish girl who was odd and awkward. I try to be myself. Barbra didn’t look like Vivien Leigh or Lucille Ball: She was Barbra Streisand. She made her own mark. 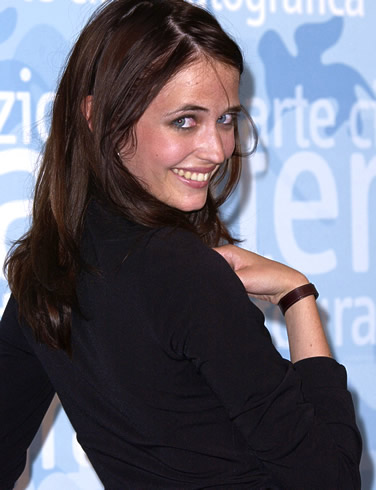 Sad to say, but I often find out that a famous celebrity has a Jewish parent (or parents) when they respond to an anti-Semitic incident. Such is the case with French actress Eva Green, who has done some high fashion modeling, and got to know former Dior head designer John Galliano. Last month, Green did several interviews in which she talked about Galliano’s firing. As most people know, Galliano was discharged by Dior after he was filmed (via camera phone) harassing other patrons at a Paris bar with anti-Semitic remarks.Green, like most other people who know Galliano, said that she was very surprised by his remarks. She added, in all of these interviews, that her mother is Jewish. I was surprised by this bit of news, as she had never mentioned it before.

In her most recent interview about Galliano with the British paper, The Guardian, Green simply described herself as “Jewish.” (In other interviews, she made clear that she is not religious “at all.”)

The Guardian profile covers her career and background pretty exhaustively, so I urge you to click over and read it. Here’s the abbreviated “411” on Green: She was born in Paris in 1980. Her father, a Swede named Walter Green, is a dentist. Her mother, Marléne Jobert, 70, who was born in Algeria to Sephardi Jewish parents, is an actress who was most active in French language cinema in the 1970s.

Her mother was a patient of her father’s. After working on her teeth, he asked her out and they eventually wed. Green has one sister, a non-identical twin. She went to the American School in Paris for her secondary education and speaks virtually unaccented English.

Famous director Bernardo Bertolucci discovered her in 2002. He cast Green, who is often described as “astonishingly beautiful,” in his 2003 film, The Dreamers. Essentially a three character movie, it required all three actors to do a number of scenes completely unclothed. Green describes her feelings about The Dreamers and the nudity it required in The Guardian‘s interview.

Most film-goers best know Green as the “Bond Girl,” Vesper Lynd, in Casino Royale (2006). She is currently co-starring in the Starz cable network original series, Camelot, as the sorceress Morgan LeFay. A couple of months ago, it was announced that Green would co-star, opposite Johnny Depp, in a film version of Dark Shadows, the 1960s sci-fi/fantasy TV series that has become a cult favorite.

The film version is being directed by Tim Burton. Reportedly, Green will play the “most evil” character in this film about vampires.

By the way, I recently found out that actor Thomas McDonell, 25, who will play the “young Johnny Depp” in Dark Shadows, is also from an interfaith background. His father, Terry McDonell, who isn’t Jewish, is the managing editor of Sports Illustrated. His mother, writer Joan McDonell (née Raffeld), is Jewish.