I was really skinny most of my life and couldn’t gain much weight but, like most such people, age caught up with me a few years ago. Even though I hadn’t started eating much more, I started to put on the pounds. Not long ago, I inquired of friends and relatives as to which weight loss plans had helped them. You know: Weight Watchers, Jenny Craig, Atkins, etc. 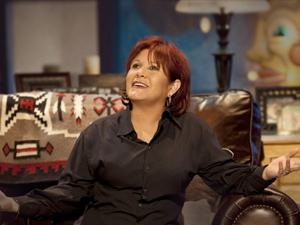 It occurred to me that there are weight-loss plans that work better than all of these but regular folks like me are not eligible to participate in them. I call them the “Big Bucks Spokesperson Plan” and the “Big Bucks Roles Plan.” Allow me to explain.

First, there’s the “Big Bucks Spokesperson Plan.” Just last week, interfaith actress and author Carrie Fisher, 54, unveiled her new, svelte figure on the Today Show. Fisher has dropped fifty pounds since the beginning of the year on the Jenny Craig diet. I have to admit that she looks much, much better. If you saw her on her Emmy-nominated HBO special, Wishful Drinking, which was filmed last year, you know she was really heavy and, frankly, almost unrecognizable as the really skinny young woman who played Princess Leia in the Star Wars movies.

Fisher was quite funny as she talked about her weight loss. She said, “I was thrilled to be able to find clothing in my size again. I exhausted the alphabet on bra sizes.” When the Today host showed a clip of her running around in a metal bikini as Princess Leia, Fisher responded, tongue-in-cheek, “I want to get into the metal bikini and just walk around the house like an idiot…I’ll come out with a line of metal bikinis for women over 40. If you want dignity, you wear metal bikinis over (age) 40.”

Not to be a cynic, but Fisher is obviously getting big bucks for being a spokesperson for Jenny Craig. Clearly, in order to fulfill her contract, she had to lose a lot of weight and keep it off. The exact details of such deals are not disclosed, but I know they exist. Based on what other celebrities have said, the pay is in the millions of dollars. 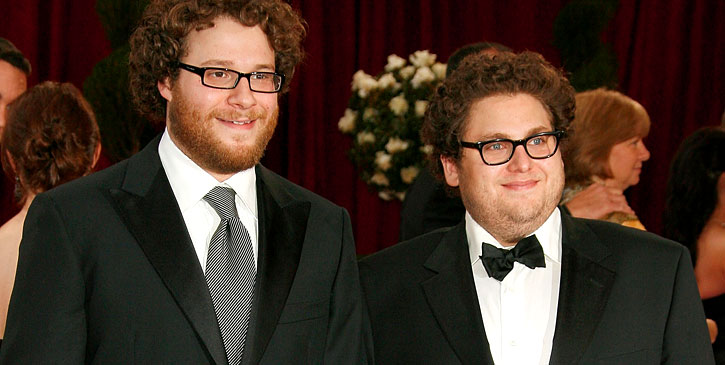 Sure, health and vanity are big diet motivators for everyone. I concede that formerly svelte celebrities have a special incentive: seeing people giggle when photos of them looking overweight appear all over the internet. But I really cannot think of a better incentive for weight loss than a lottery win-sized check. If Fisher is getting paid “only” one million dollars, that’s $20,000 for every pound she has lost to date.

Then there’s the “Big Bucks Roles Plan.” Have you noticed how much weight the formerly pudgy Jewish comedic actors Seth Rogen and Jonah Hill have lost? Rogen, 29, slimmed-down to play the title role in the action movie, The Green Hornet, which opened last January. No doubt there was a contract rider requiring that he “look good” for the role. While Rogen will never look like Brad Pitt, his range of leading roles has grown as his waistline has shrunk. Hill, 27, made Rogen look skinny when he played opposite him in Knocked Up (2007). This past July, he unveiled his new slim figure on the ESPY Awards and claimed to have lost 40 pounds. Hill has recently been cast in a few action roles in which a roly-poly guy would have looked absurd. 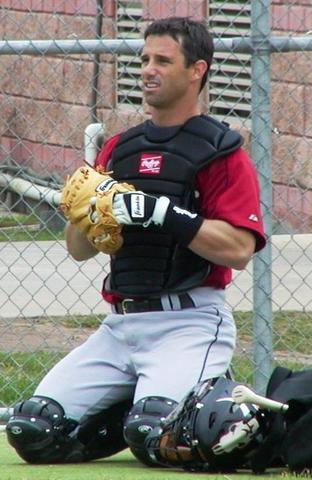 Since 2007, I’ve done annual round-ups of Jewish and interfaith players in the Major Leagues. The round-up appears in this column not long after the season begins. One name not mentioned in my 2011 round-up was interfaith catcher Brad Ausmus. The reason is simple: Ausmus, now 42, retired in the off-season. One of the best and smartest defensive catchers in the history of the game, Ausmus played 18 seasons with six teams and was named to the All-Star team in 1999. He has a long list of great defensive statistics, although he was never more than a so-so hitter. One interesting statistic: he holds the record for the most Major League games played by any Jewish major leaguer.

In 2010, I wrote that Ausmus, the secular son of a Protestant father and a Jewish mother, had recently been interviewed by the Jewish Journal of Los Angeles. The Journal article laid out his great value as a player and, as I’ve noted before, Ausmus told the Journal that he was happy to be a role model. He said:

I wasn’t raised with the Jewish religion, so in that sense I don’t really have much feeling toward it. But, however, in the last 10 or so years, I have had quite a few young Jewish boys who will tell me that I am their favorite player or they love watching me play or they feel like baseball is a good fit for them because it worked for me or it worked for Shawn Green or other Jewish players at the Major League level. It has been a sense of pride. If you can have a positive impact on a kid, I’m all for it.

Shortly after concluding his playing career, Ausmus took a position as a San Diego Padres special assistant, advising them mostly on catching. It’s a job he currently holds. On August 18, Ausmus did a 30-minute interview with the National Public Radio program, Fresh Air. The guest host, Dave Davies, really knows his baseball and asked Ausmus incisive questions about being a Major League catcher. Ausmus clearly explained all the in-and-outs of the position, which is often referred to as the “field general” of the team. The linked page heavily summarizes the interview, but if you have the time to listen to the whole radio interview, do so. Ausmus gives a concise and articulate run-down on catching, answering questions I’ve long wondered about, like “do umpires hold grudges?” and “can you really NOT argue a ball-and-strike call?”If you are at all a baseball fan, you’ll find the interview fascinating.

Getting a Handle on Fish 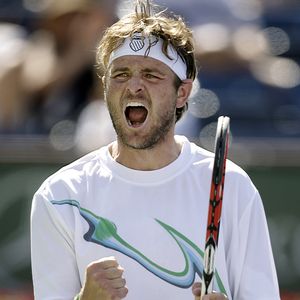 Mardy Fish, 29, is a famous professional tennis player. Currently, he is not only the top ranked American singles player, he also ranks 7th in the world. Fish’s father, Tom Fish, taught tennis professionally and the family re-located from Minnesota to Florida when Mardy was quite young so he could hone his game in a warm climate.

In 2008, Mardy, who was raised Christian, married Jewish attorney Stacey Gardner in a Jewish ceremony in Beverly Hills. Gardner is not only an attorney, she was also one of the “briefcase models” on the now-cancelled game show, Deal or No Deal. Gardner comes from an affluent Beverly Hills family. Her sister, Regina Gardener, is also an attorney.

The website, Celebrity Bride Guide, covered the Fish/Gardner wedding, as did People Magazine.

I suspect that readers familiar with Fish thought he might be Jewish. When Fish got married in a Jewish ceremony, the rumor mill went into high gear and references to Fish being Jewish could be found all over the internet. The articles about his wedding didn’t say whether he was Jewish or not and it seems as though some people still don’t understand that there are Jewish wedding ceremonies in which one member of the wedding couple is not Jewish.

Adding to this confusion is Wikipedia, the user-created encyclopedia. In the last month alone, users have changed the tennis star’s entry several times, calling him Jewish one day, and not Jewish the next. Last week, a friend of mine spoke to someone who is a close relative of Fish. This relative told my friend that Fish is not Jewish. He added that Mardy Fish’s wife is Jewish, and that Fish did not convert to Judaism upon marrying his wife. Finally, this relative said, with clear frustration in his voice, that he had personally corrected the Wikipedia entry many times regarding Fish’s faith, but that he gave up after seeing his correction repeatedly replaced by the same misinformation.

By coincidence, just last week I came across an interview that Fish did last April in which he discussed this very issue:

INTERVIEWER: You often credited your wife for getting you on a new diet. I was looking for research on you, and I know that a couple years ago when you got married you were in this Jewish ceremony and you broke the wine glass. Were you thinking of converting to Judaism or raising your children as Jews?

MARDY FISH: I think isn’t it whatever the wife is? I don’t know. We’re a ways away. She’s probably going to win that argument anyway. Hopefully they’ll be both.