Each year, I have a tradition of reporting on the Askmen.com list of the “99 Most Desirable Women” and cluing you, my readers, into the Jewish and interfaith women on the list. I also provide some biographical details, of course.

I decided to write about Maxim’s “2011 Hot 100” list because I have not yet profiled two of the beautiful women of interfaith background who appear on the list: Lauren Storm and Kelly Kelly. 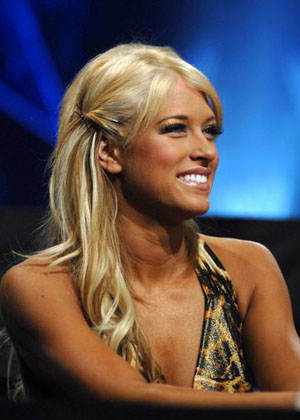 Also check out this video interview of Kelly, in which she talks about her religious upbringing.

Also on the Maxim list is actress Daniela Ruah, who I haven’t written about before. She has such an unusual Jewish background. I thought readers would be interested to know about it even though she isn’t of interfaith background.

But, first, for the record, here are the Jewish and interfaith women on the Maxim list. The number preceding their names is their ranking on the list. If not otherwise noted, the woman is the child of two Jewish parents.

All the women below, save Lauren Storm, Kelly Kelly and Daniela Ruah, have been mentioned in this column before. All except Kelly Kelly and Bar Refaeli, are actresses. Kelly is a professional wrestler and Rafaeli is a supermodel.

I don’t really follow pro wrestling so, I confess, I was unfamiliar with Kelly Kelly, 24, until a friend told me she was on the Maxim list and that her father is Jewish.

Born Barbara Jean Blank, Kelly grew-up in Jacksonville, Florida, the daughter of a Jewish father and a Christian mother. A fan of pro wrestling as a child, she was a serious gymnast until an injury caused her to shift her focus to cheerleading. She studied TV broadcasting and worked on the side as a model for Hawaiian Tropic and a swimwear company until she was invited to train to become a pro wrestler in 2006. She took the professional name “Kelly Kelly” and her wrestling persona is to play on her very pretty looks, pretending to be an exhibitionist and strip teaser. She is one of the most popular performers on the WWE wrestling circuit. 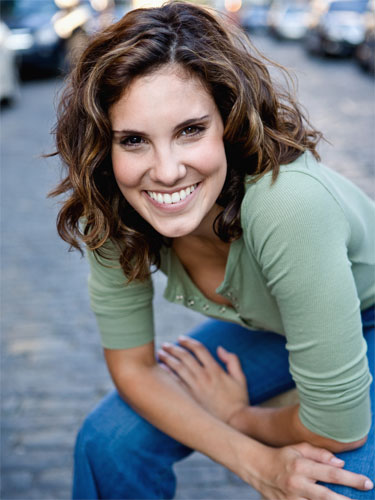 Daniela Ruah, 27, is a co-star of the hit CBS TV show, NCIS: Los Angeles, which began last September. She plays Kensi Blye, an NCIS Special Agent who is a member of a team of highly trained agents who specialize in undercover work.

Ruah was born in Boston, the only child of Portugese immigrants. The entire Portuguese Jewish community was either expelled from Portugal or forced to convert to Christianity in 1497.

The Ruahs, Daniela’s father’s family, were among the first Jews of historic Portuguese origin who returned to Portugal in the 19th century when Jews were permitted to settle in Portugal again. Most of the extended Ruah family had settled in Morocco after the expulsion. Today, there are about 8,000 Jews in Portugal, including a thousand or so Jews from the Belmonte area who secretly practiced Jewish rites for 500 years and have only recently begun to re-affiliate with the official Jewish community.

Daniela’s mother was the daughter of a Portugal-born Sephardi mother and an Ashkenazi Jewish father who was born in Breslau, then a city in East Germany. I suspect he fled to Portugal with the Nazi take-over.

She earned a Bachelor of Arts from London Metropolitan University. She was an active member of the Portuguese Jewish community, of which her father’s second cousin, also a doctor, is the head. In 2003, the Jewish Telegraph Agency (JTA) ran a piece about an annual gathering of Jewish young people from 32 countries sponsored by the European Union of Jewish Students. Ruah, then 19 and still living in Lisbon, was one of the students the JTA interviewed. She said, “I´ve never been around as many Jews in my entire life. Here, you don´t feel the need to explain to people who you are. I am meeting people who eat kosher for the first time ever.”

The September, 2011 issue of Esquire Magazine has a big article on Ruah. She is the subject of its monthly feature, “Women We Love.” You can read the interview with her and view a few photos. The website also includes a couple of humorous videos featuring Ruah. She shows a real flair for comedy.I wish I could write more about Lauren Storm, who is now 24. But, as you can see from the linked biography, her career has been similar to a lot of young actresses whose first notable TV/film roles came when they were quite young. Storm began as a model at age 9 and by the time she was 14, she had landed a juicy guest spot on Boston Public, the TV series.Since then, she has had a lot of TV guest shots and small film roles, but nothing even close to a star breakthrough role. I’ve seen this pattern with many actors and actresses who began as “tweens”. A relative handful of these thespians defy the odds and suddenly find fame in their 20s or early 30s when their TV show or indie film hits. Most do not. Here’s hoping Storm is one of the lucky ones.Storm is the daughter of a German Lutheran dentist father and a Jewish editor mother. She was raised in her mother’s faith. Her ecumenical background goes further: she went to a Catholic school in the Chicago area, because, she explained, it was the best school close to where she lived.

Remember singer/songwriter Vanessa Carlton? Back in 2002, she had a huge hit with the song, “A Thousand Miles” from her album, Be Not Nobody. The song and album were nominated for a slew of Grammys and the song sold over two million copies. Since then, Carlton’s career has been on a slow decline as she has not been able to produce an album that has really clicked with the public. On July 26, she released a new album, Rabbits on the Run, that’s received good reviews. Whether it will sell remains to be seen. It’s her first album since 2007.

Carlton, now 30, is the (secular) daughter of a Jewish mother. Last February, I mentioned her interfaith background in a special article I did about Valentine’s Day and love songs.

Right after that special column was posted, Carlton was the subject of a nice news note in JWeekly, the San Francisco Jewish paper. Late last January, famous Russian-born Jewish singer/songwriter Regina Spektor, 31, fell ill just before she was supposed to perform for a benefit for San Francisco’s Jewish Community and Family Services organization. Carlton stepped in at the last minute for Spektor and saved the day.

In late July, Carlton was interviewed by comedian and E! cable station talk show host Chelsea Handler, who is also of interfaith background. Handler, who identifies as Jewish, is the daughter of a Jewish father and Mormon mother.