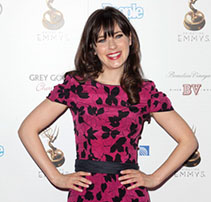 Word has it New Girl’s Zooey Deschanel converted to Judaism before marrying Jacob Pechenik, and giving birth to their 3-month-old daughter, Elsie, according to US Weekly. Deschanel’s mother is Quaker and her father is Roman Catholic. In the past, she did not identify with any religion, saying, “I don’t attach myself to any one religion. My family is liberal. I was raised in the ‘you can be whatever you want’ kind of way. And in the end, I was like, ‘Eh.’”

We don’t have the details on her decision to convert, but we offer mazel tov to her, and a guide for welcoming babies into the Jewish community.

Jewish actress Kat Dennings returns to CBS in 2 Broke Girls on November 12 in a season premiere episode that finds waitresses Max and Caroline (Beth Behrs) fighting to save the diner from demolition. Since October 2014, when Behrs introduced them, Dennings has been dating singer Josh Groban who is Episcopalian but has some Jewish ancestry. His father, of Russian and Polish descent, converted from Judaism to Christianity when he married Groban’s mother. One of Groban’s great-grandfathers on his mother’s side was Jewish as well. We’ll stay tuned to see what comes of this interfaith relationship. 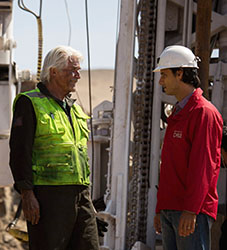 The Chilean mine disaster that trapped 33 men riveted the world for 69 days in 2010, ending in a triumphant rescue. But even though the ending is no surprise, the story plays out with plenty of tension and drama on screen (October 13) in The 33, which stars Antonio Banderas and Lou Diamond Phillips as two of the miners and James Brolin as a drilling expert who leads a team of experts racing against the clock to save the trapped men.

Brolin, who is not Jewish, has been married to Jewish singer Barbra Streisand since July 1998, when they were married by a rabbi at their Malibu home.

Currently starring in the CBS sitcom Life in Pieces, Brolin next plays the father of Tina Fey and Amy Poehler in the comedy Sisters (December 18). After that, he and Christine Lahti will play newlyweds who throw a shindig to introduce their respective adult children in The Steps.

Lake Bell’s latest movie, out October 13, is the rom-com Man Up, about a single woman who is mistaken for a stranger’s (Simon Pegg) blind date, but the mix-up leads her to love. Bell, the product of a Jewish father and Protestant mother, found love in real life with artist and tattoo artist Scott Campbell, who is not Jewish. They married in June 2013 and have a daughter, Nova, born in October 2014. 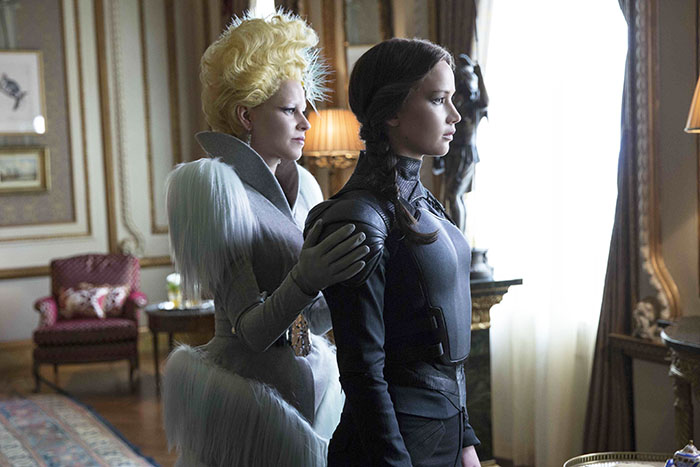 Elizabeth Banks, who converted to Judaism when she married her husband Max Handelman, is back in the spotlight this month with Jennifer Lawrence in the final Hunger Games installment, Mockingjay Part 2, reprising her role as Effie Trinket (November 20), and she’ll host Saturday Night Live on November 14. She’s also set to appear in and once again direct the third movie in the Pitch Perfect series. 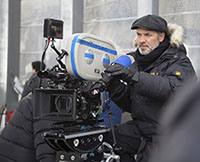 Oscar winning American Beauty director Sam Mendes’ latest movie Spectre, his second James Bond flick, is burning up the box office, which is no surprise. But most people don’t know that the British filmmaker has an interfaith background. His mother, a children’s book author, is Jewish, and his Trinidadian father, who is Portuguese and Italian, is not. Rumor has it that Mendes has been tapped to direct the next Bond movie too, but it’s uncertain whether Daniel Craig will return to play 007.