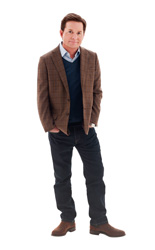 Michael J. Fox makes a welcome return to TV this fall, starring in an eponymous NBC sitcom as a news anchor and married father of three who returns to the job after five years away. The character, like Fox, has Parkinson’s disease. In reality, Fox has four kids—Sam, 23, 18-year-old twins Aquinnah and Schuyler, and Esmé, 11—from his marriage to actress Tracy Pollan (she’s Jewish, he isn’t). They met when she guest starred as his love interest in his series Family Ties, and have been married for 25 years. She plays his upstairs neighbor in the second half of The Michael J. Fox Show’s two-episode premiere on September 26.

Katie Finneran, a double Tony winner last seen on TV (as a redhead) in I Hate My Teenage Daughter, plays Fox’s sister in the show, and is also in an interfaith marriage. She met her husband, actor Darren Goldstein when he was cast as her love interest in a play, and they wed two years later. But it was neither a Jewish nor Catholic wedding. A friend, actor Peter Coyote, is an ordained Buddhist priest and performed the ceremony. They now have two sons, Ty, 2 and Wes, 1. 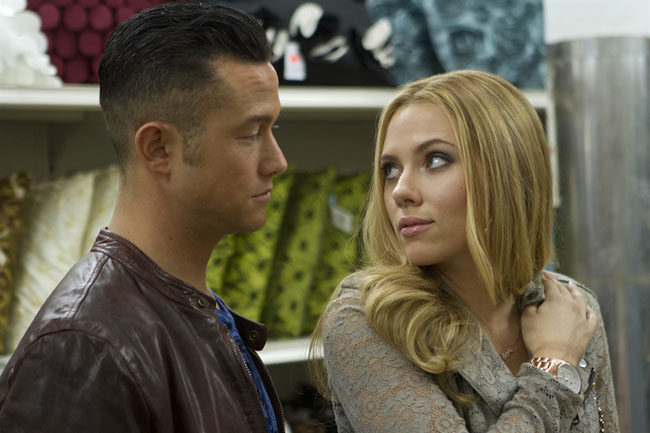 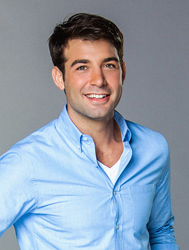 “Zach Cropper is not Jewish, but I am,” says James Wolk, talking about his character in the new CBS comedy The Crazy Ones, premiering September 29. Wolk, who will be familiar to fans of Mad Men and Political Animals, co-stars with Robin Williams and Sarah Michelle Gellar as a young advertising genius, “a fun guy, a Peter Pan. He never wants to grow up.” A native of suburban Detroit, Michigan, Wolk had a Reform Jewish upbringing. He currently has a “serious girlfriend” who is not Jewish. The difference in their religions is not a problem. “It’s important to some people, but for me it’s about love, it’s about who you connect with, about who you respond to,” he says, adding that his parents “are fine with it.” What about raising children? Wolk acknowledges that his late paternal grandmother would be concerned about that, “But we’re not even there yet. It’s far down the line.”

Married interfaith superstar couple Rachel Weisz and Daniel Craig—she’s Jewish, he’s not—are headed to Broadway. They’ll play husband and cheating wife in the Harold Pinter play Betrayal, directed by Mike Nichols. Previews begin October 1, and it officially opens October 27. Both have put their movie careers on hold for now, but Weisz has been cast as famed photographer Margaret Bourke White in Skinny and Cat, and Craig is expected to reprise his role as James Bond in flicks set for 2014 and 2015. He’s also penciled in to return as Mikael Blomkvist in The Girl Who Played with Fire.

The new PBS series Genealogy Roadshow is like “Antiques Roadshow” except the investigations have to do with peoples’ ancestry instead of objects and artwork, and it visits four cities this fall to shake the family trees of a diverse array of information seekers. It premieres September 23 and in the fourth episode, a Latina from San Antonio, Texas, named Denise Garza Steusloff asks for help to prove she has Jewish ancestry, dating back to the Spanish Jews that fled the Inquisition. She suspected she had Sephardic roots, as her family observed the Jewish holidays, but “The problem was we had no hard evidence. We couldn’t find paperwork, and that was what I really wanted was that hard paper trail, something that I could prove,” she says. Find out what she discovered on October 14.