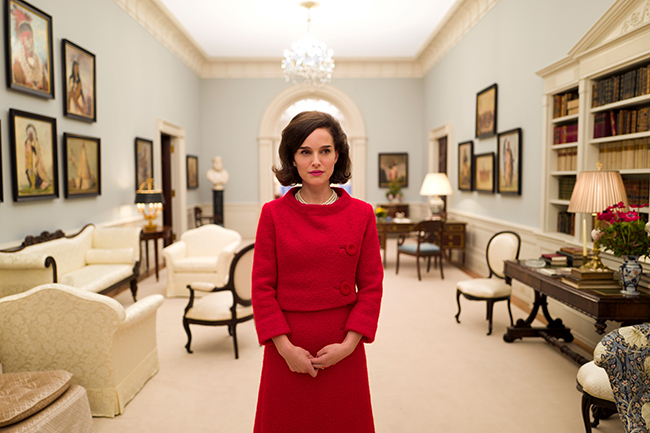 Natalie Portman is getting well-deserved praise and Oscar buzz for her spectacular tour de force performance as Jacqueline Kennedy in Jackie, an unflinching portrait of the former First Lady at the most difficult time in her life: JFK’s assassination on November 22, 1963 and its aftermath. Portman devoured every available book, video and audio recording she could find in her research to get Jackie’s mannerisms and breathy voice down, and spot-on hair, makeup and wardrobe made the embodiment complete.

Opening in limited release December 2, the story unfolds in flashbacks to the tragedy and happier times as she gives an interview to a reporter (Billy Crudup) to uphold the Camelot image of the Kennedy presidency. “She knew it was up to her to define her husband’s legacy,” Portman told Vanity Fair. “She needed to be there to control it, and she did. The legends that she invented endure today.”

Portman, who was born in Israel and grew up in a Jewish home, is married to choreographer Benjamin Millepied, whom she met when they both worked on Black Swan. Raised Christian, Millepied reportedly converted to Judaism. Portman, whose son Aleph is 5, is expecting their second child this spring. 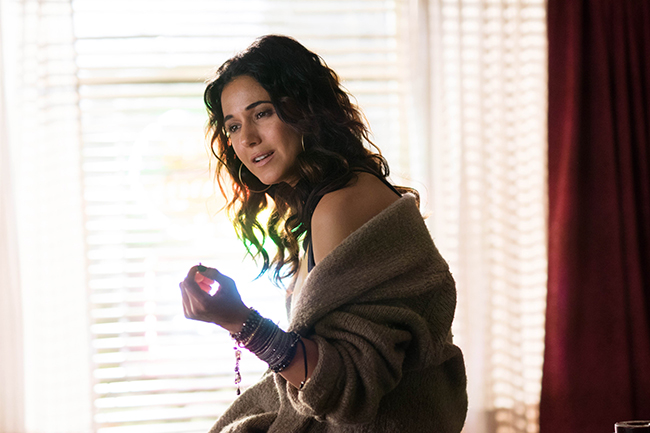 Emmanuelle Chriqui (Entourage) returns to TV in an intriguing role as a hypnotist in the Hulu series Shut Eye, which is set in the shady world of fake psychics in Los Angeles and begins streaming December 7. “She has a lot of secrets. What you see is not what you get, which is always exciting to play,” says Chriqui of her character.

A Canadian Sephardic Jew whose parents are originally from Morocco, Chriqui has been in an interfaith relationship with actor Adrian Bellani for four years. Judaism, she says, is “a big part of who I am. My boyfriend isn’t Jewish but he sees what Judaism means in my life, with lighting the candles on Shabbat or the High Holy Days or talking about growing up, when it comes up in conversation.” Chriqui has a “Shabbat crew” she celebrates with on Friday nights “as often as we can. It’s something I enjoy and look forward to.”

Get Hooked on New Series

The new Fox music biz drama Star, about three young women who start a singing group, boasts bona fide music biz talent. Queen Latifah stars as the group’s mentor and mother figure, and Lenny Kravitz has a guest role as music superstar Roland Crane, the father of one of the three (Ryan Destiny), who, in the December 14 premiere, tells him she wants to quit as his backup singer and go out on her own.

Kravitz, the son of the late African-American actress Roxie Roker and Jewish news producer Sy Kravitz, also deceased, has described himself as a Christian “through choice, but I’m also a Jew, it’s all the same to me.” His parents weren’t religious, but he says that “spirituality has always been an important issue in my growth,” and he began attending church in his teens. He is now a non-denominational Christian. 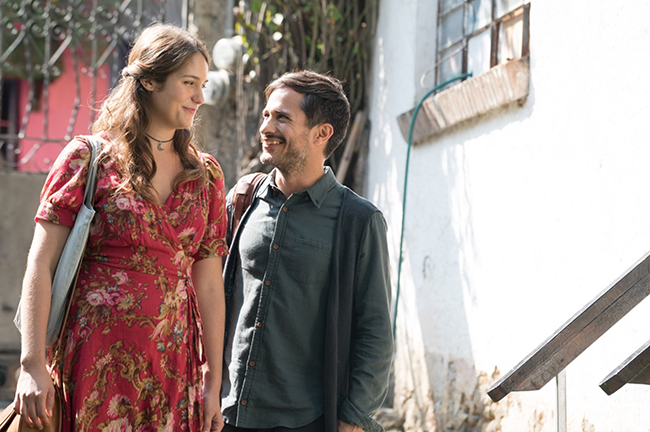 Mozart in the Jungle, Amazon Prime’s engaging series about the behind the scenes drama (and comedy) at a New York City orchestra, returns to Amazon Prime for its third season December 9, taking its story to Europe this time around: Conductor Rodrigo (Gael Garcia Bernal) stages an opera diva’s comeback concert in Venice, Italy, and oboist Hailey (Lola Kirke) tours the continent with the Andrew Walsh Ensemble while negotiations continue back home following the orchestra’s strike and lockout.

Kirke is Jewish on her mother’s side; her grandfather was British and of Iraqi Jewish descent, and her grandmother was Israeli. Her father who is not Jewish, is musician Simon Kirke, who played drums with the bands Bad Company and Free.