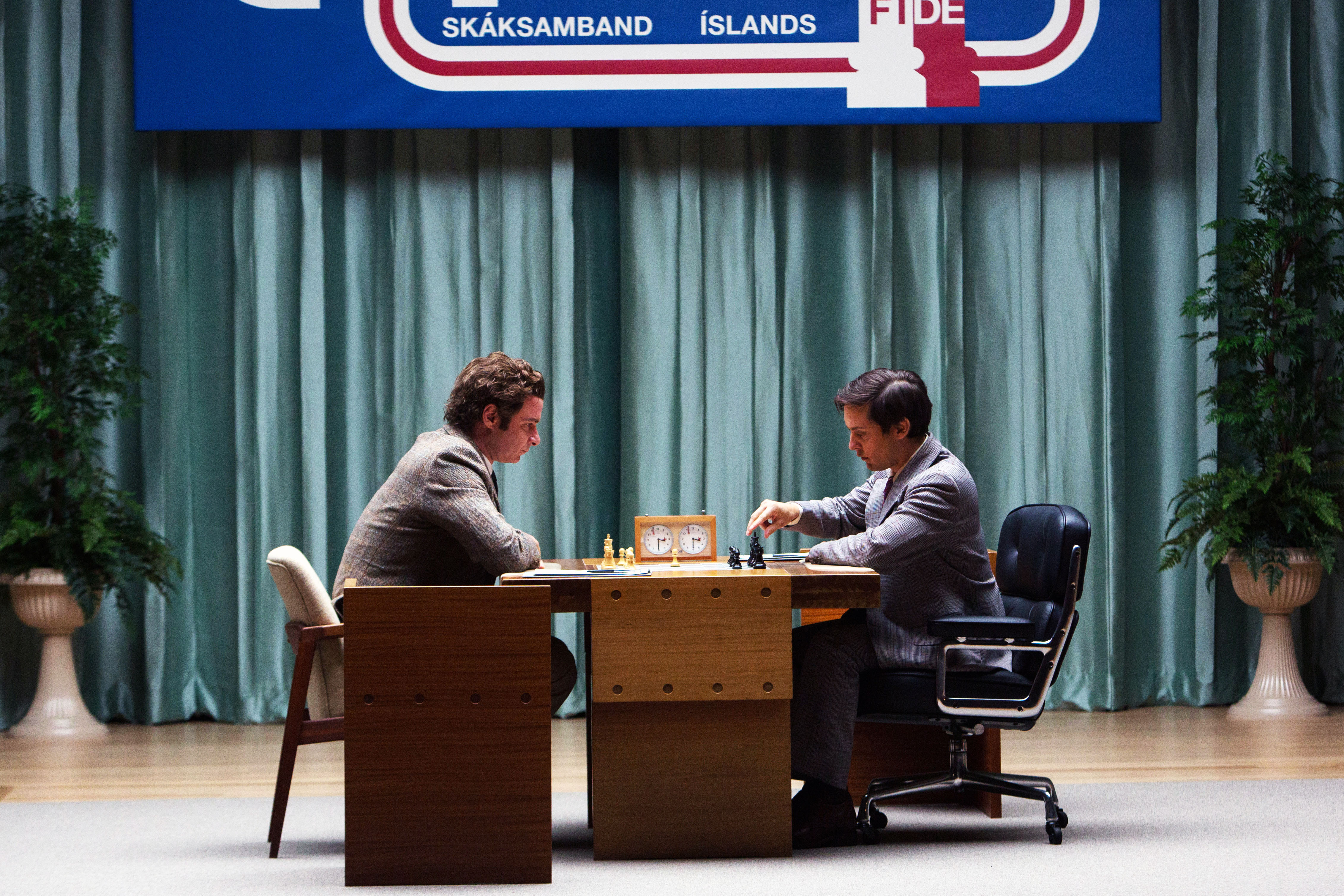 The Cold War plays out on a chessboard in Pawn Sacrifice, a movie about the historic 1972 match between American prodigy Bobby Fischer and Soviet chess master Boris Spassky. Opening September 16 in New York and Los Angeles and wider September 18 and 25, the movie’s lead actors all have interfaith connections.

Tobey Maguire, who plays Fischer, isn’t Jewish and is married to Jewish jewelry designer Jennifer Meyer, with whom he has two children. Lily Rabe (The Whispers), the daughter of Catholic playwright David Rabe and actress Jill Clayburgh, whose father was Jewish and mother was Protestant, plays Fischer’s half-sister Joan. Liev Schreiber, who plays Spassky, is from an interfaith family and is in a long-term relationship with Naomi Watts, who is not Jewish, and they have two sons. Watts stars as the mother of a teenage daughter (Elle Fanning) transitioning to male in About Ray, opening September 18.

On the Record with Mindy Project’s Morgan

When network TV series get canceled, it’s not necessarily the end, thanks to the many streaming formats that have kept shows like Arrested Development and Community going. The latest example is The Mindy Project, which moves from Fox to the streaming service Hulu on September 15 for its fourth season. Ike Barinholtz returns as nurse Morgan Tookers, who remains “very involved in the day-to-day life of Dr. Mindy Lahiri [Mindy Kaling]. In the first episode, he makes a very bold move to try to help Mindy, and it goes south, as everything does with Morgan,” says Barinholtz. “But I think his paternal instinct will take over once her baby comes. He’ll help Mindy and be there for her—like an unpaid manny.”

Barinholtz, who is Jewish and went to a Jewish day school in his native Chicago, is in an interfaith marriage with reality TV producer Erica Hanson and they have a 2-year-old daughter. “It’s the greatest,” he says about fatherhood. “It’s tough when you’re on the road a lot but it’s great to come home to.” When it comes to religion and kids, he believes that “one of the best things to do is educate them to the point where they have an understanding of it and can make their own decisions. I think that’s the smart way to do it.” 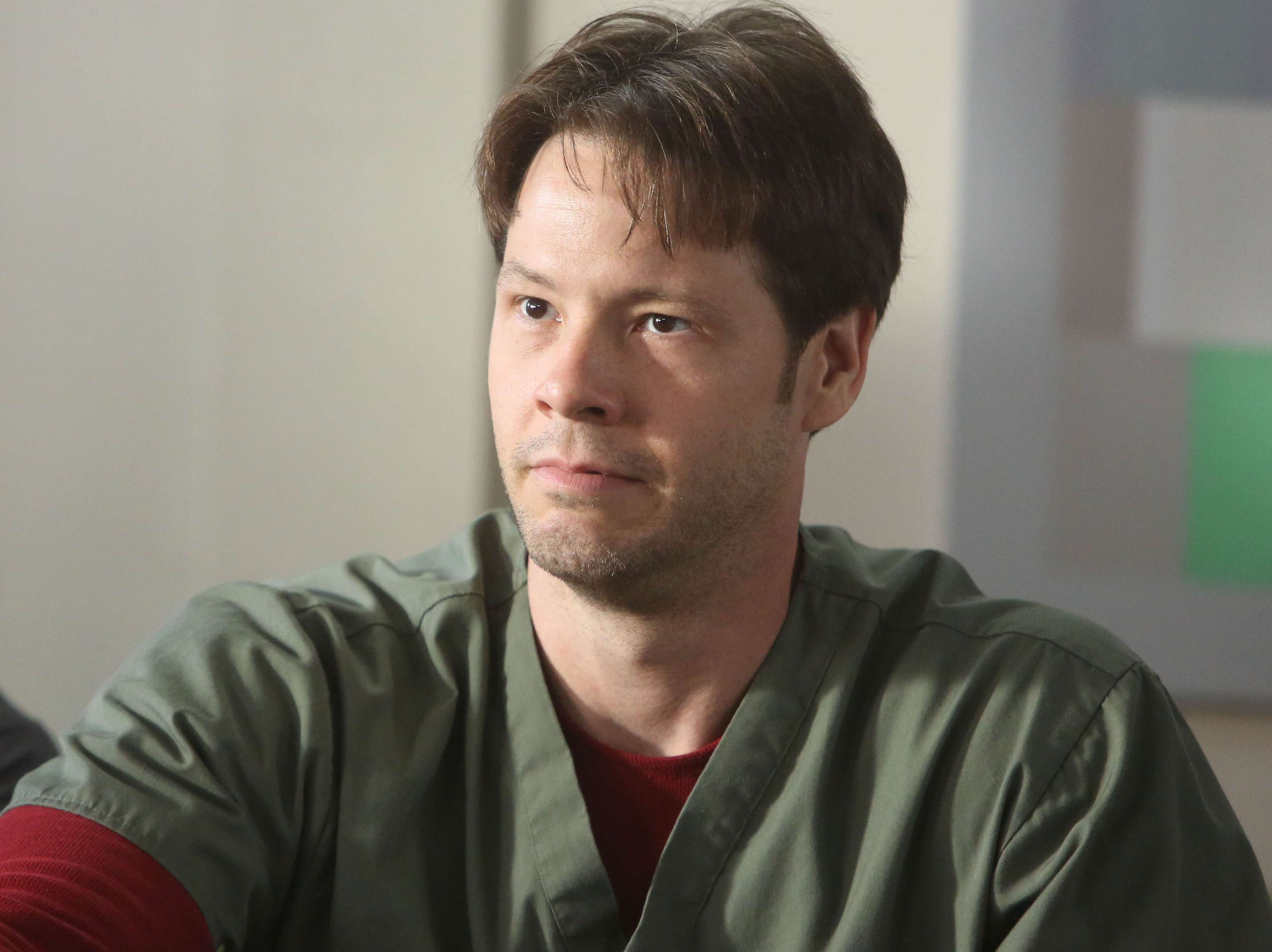 Barinholtz will be on view elsewhere in the coming year. He’ll return to the FXX comedy The League to reprise his role of Frank ‘The Body’ Gibiatti, “The worst person in the world. He’s still a huge s**mbag,” he laughs. Taking a complete 180, he’ll play “a nice sweet, quiet guy,” the love interest of Amy Poehler in the December Poehler-Tina Fey comedy Sisters. “I’ve known Amy and Tina for almost 20 years and they’re the best. It was a really fun shoot,” he says.

In May, turning nasty again, Barinholtz will reprise another despicable character, Jimmy Blevin, in Neighbors 2: Sorority Rising and he’ll voice an animated pig in the Angry Birds movie. Then, in August, he’ll join Ben Affleck, Scott Eastwood, Jared Leto and Margot Robbie in Suicide Squad, about a secret government agency that springs imprisoned supervillains for black ops missions in exchange for pardons. Barinholtz is excited about all this activity, but he’s keeping it all in perspective. “Husband and father first,” he says, “Everything else is second.”